“The Chief” aka portion-control, is going wonderfully! It’s ridiculous how much food I was stuffing myself with. Taking my time to enjoy every meal and starting with smaller portions really cuts down my consumption! As of now, I’m satisfied food-wise, full of chamomile tea, and very happy.
I did something DIFFERENT today! I made a new recipe… kinda… We were out of spinach for Monstas, so I whipped up some pancakes: adapted from Angela’s Blueberry-Carob pancakes. Thanks, Angela! 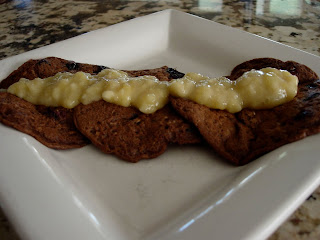 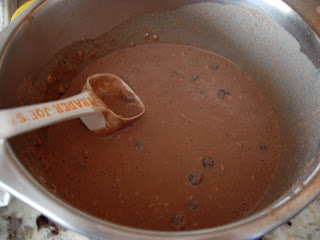 Chocolate milk!
Pour a HEAPING scoop of batter into a pan that has been sprayed with canola oil and heated over medium for 3 minutes. 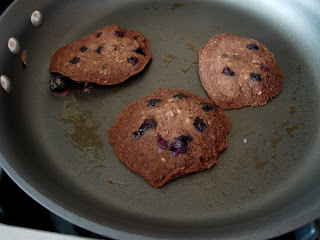 See? They turn solid! It’s like magic!
Wait until the tops of the cakes have begun to dry out and the little bubbles have popped (about 2-3 minutes), then flip the pancakes and cook the other side for 2 minutes. Plate and top with some mashed banana instead of syrup! 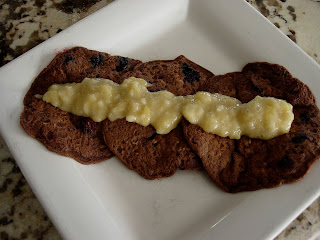 (I took the mashed banana tip from Angela as well. Delish!)
This made about 12 small pancakes. I had 3, made some for the roommates, and now have some leftover batter in the refrigerator for tomorrey morning :).
After my awesome culinary expedition, I had to go to work. Sigh. This is how I spent my day: 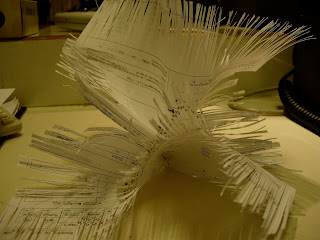 This is a piece of paper that I sliced into oblivion using a pair of small scissors. It took me 2 hours to do this. I think I need a new job that mentally challenges me a little more…
Lunch was the same old, MSTRwBR. You should know what that means by now. From now on, just assume that’s what I eat for lunch – If it’s ever anything different, it shall be photographed and blogged about!
On the way home, I swung by Sprouts to pick up some unsweetened dried coconut to make my own CocoButta! I spent a lot of money on this coconut, so if it didn’t turn out, I would have been bummed! 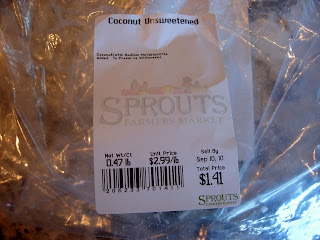 That’s right, I splurged and spend $1.41 cents on this half-pound of coconut!
I threw the whole thing into the food processor and pulsed it a few times. 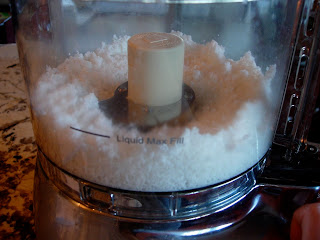 Hmm, that didn’t do much… 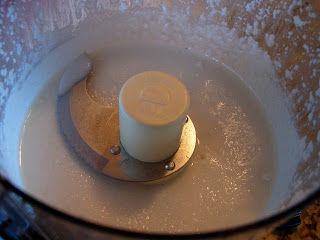 7 minutes later…COCOBUTTA!!!!!
(Thanks for the recipe link, Justin!)
I poured the CocoButta into a tupperware and set it on the counter. I’m still waiting for it to solidify. Am I supposed to refrigerate this? Does anyone know?
Dinner was made for me by the roommate! I am so freaking spoiled! 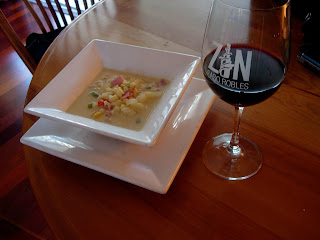 1/2 cup of Summer Corn, Bacon and Potato chowder (soymilk was used instead of regular milk), and a glass of Brochelle.
We took our amazing Zinfandel (Brochelle is EPIC!) outside and spent the evening enjoying the (somewhat blurry, thanks to my camera) view. 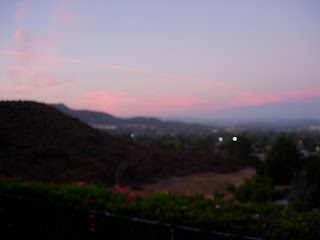 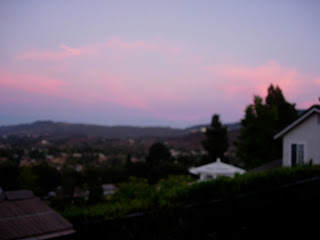 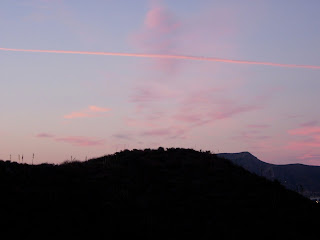 6 Responses to Pancakes and CocoButta!!!