Holy crap. Made it through two flights with zero sleep and just passed the 25.5 hours awake mark. I’m drunk on no sleep and jet lag. And I still have another 6 hours to stay awake which will involve a visit to the local Irish pub. Please forgive me for any nonsense in this post. 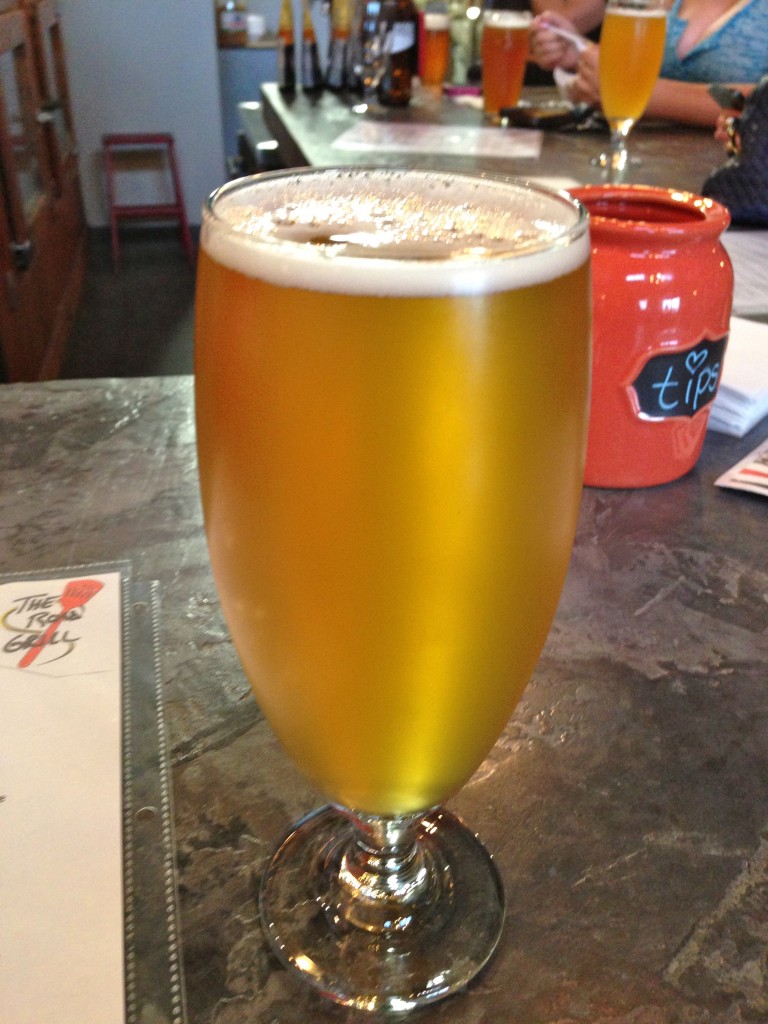 Last night I went to the Verboten Sisterhood meeting for about an hour before having to bail out to take Barleywhine to my bro and sis-in-law who are being very kind and taking care of the little guy for the next two weeks and a few days. 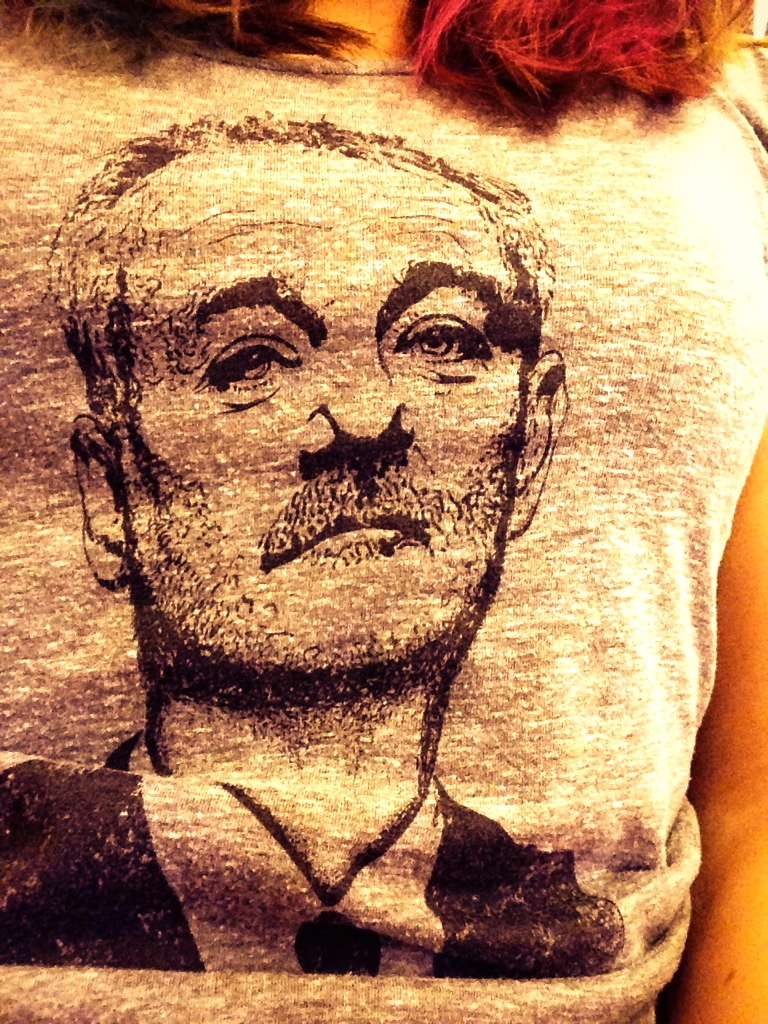 This morning (or yesterday morning now…) we boarded a flight from Denver to Washington Dulles and had to sprint through the airport to make our connection. 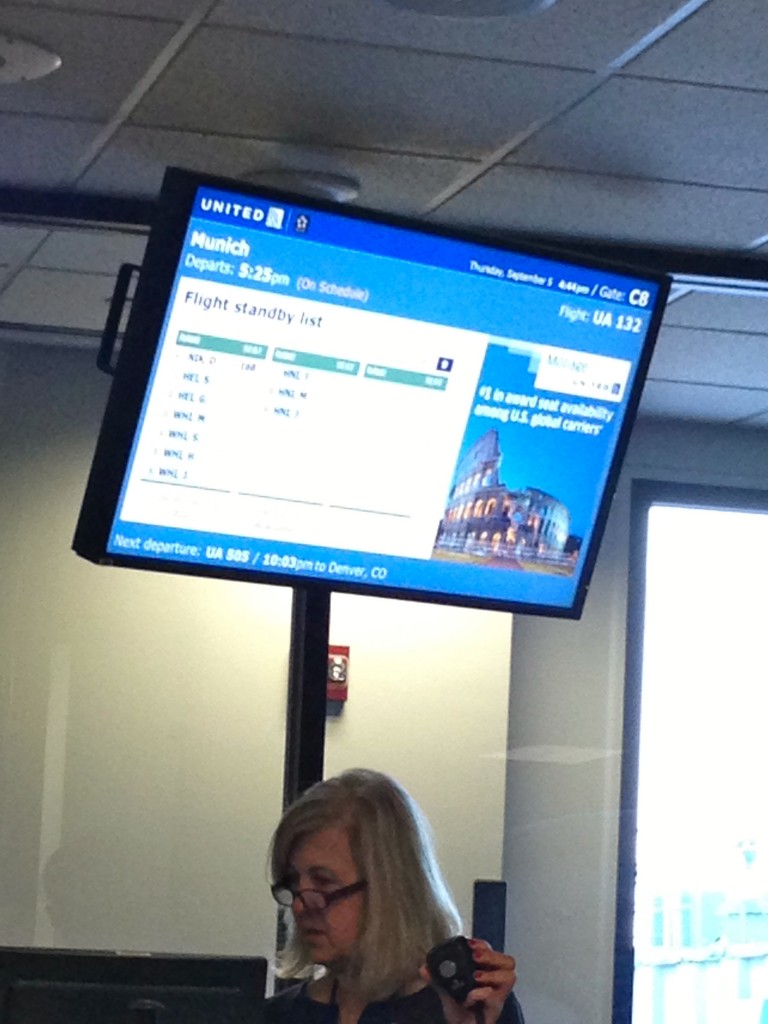 If you’re following me on Twitter or Facebook, you’ve been getting these updates which will have to cease for the most part until I’m back in the states thanks to pricey LTE charges. I’m updating from hotel Wi-Fi when I get the chance. 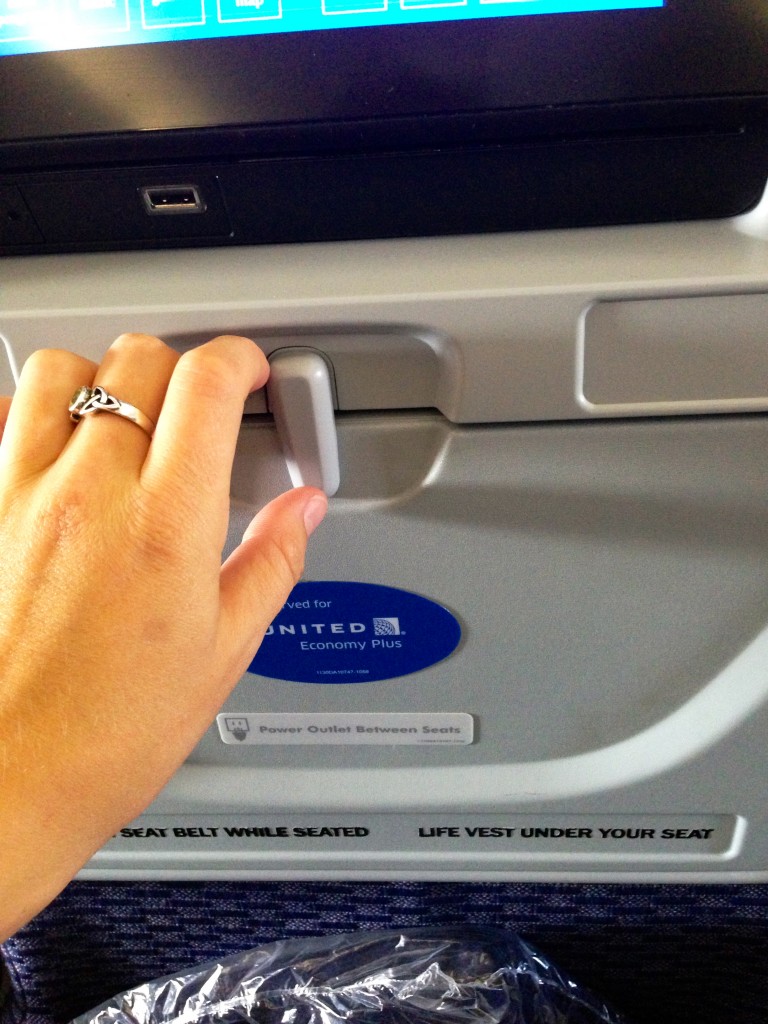 I’m a weirdo and always check the tray table latch to make sure it’s not in the vein of Final Destination. Although, if the latch was loose, I have no idea what I would actually do… 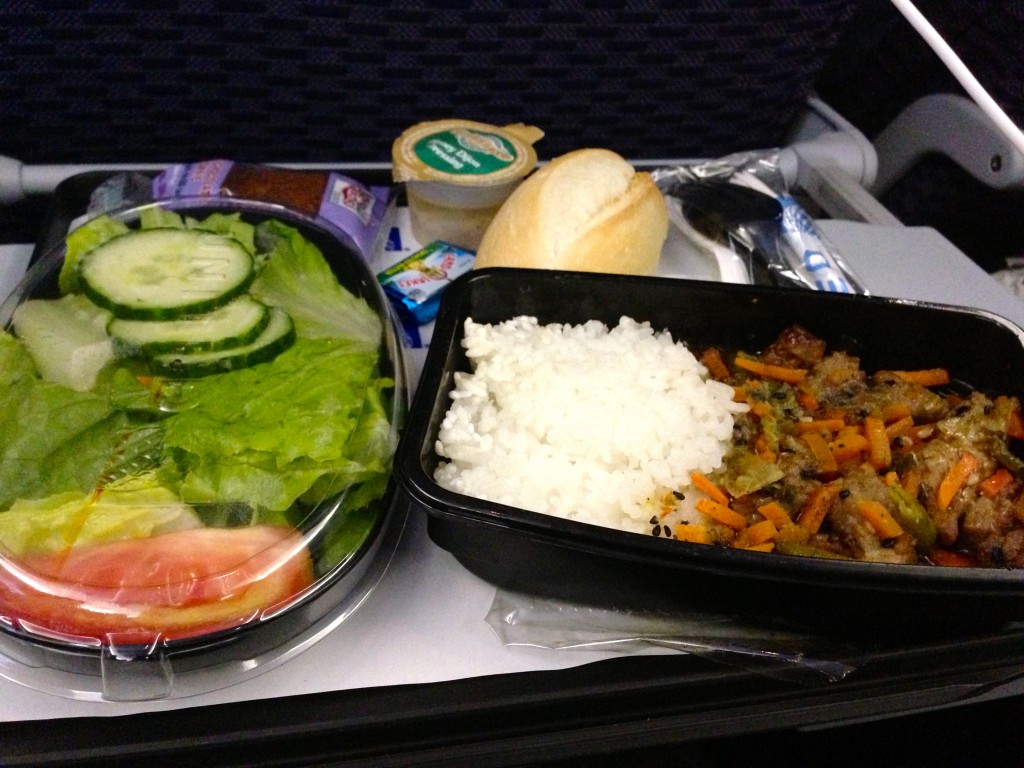 Surprisingly edible airplane food! Beef teriyaki with rice, salad, roll and a brownie. I ate everything but the rice. No need for filler here. 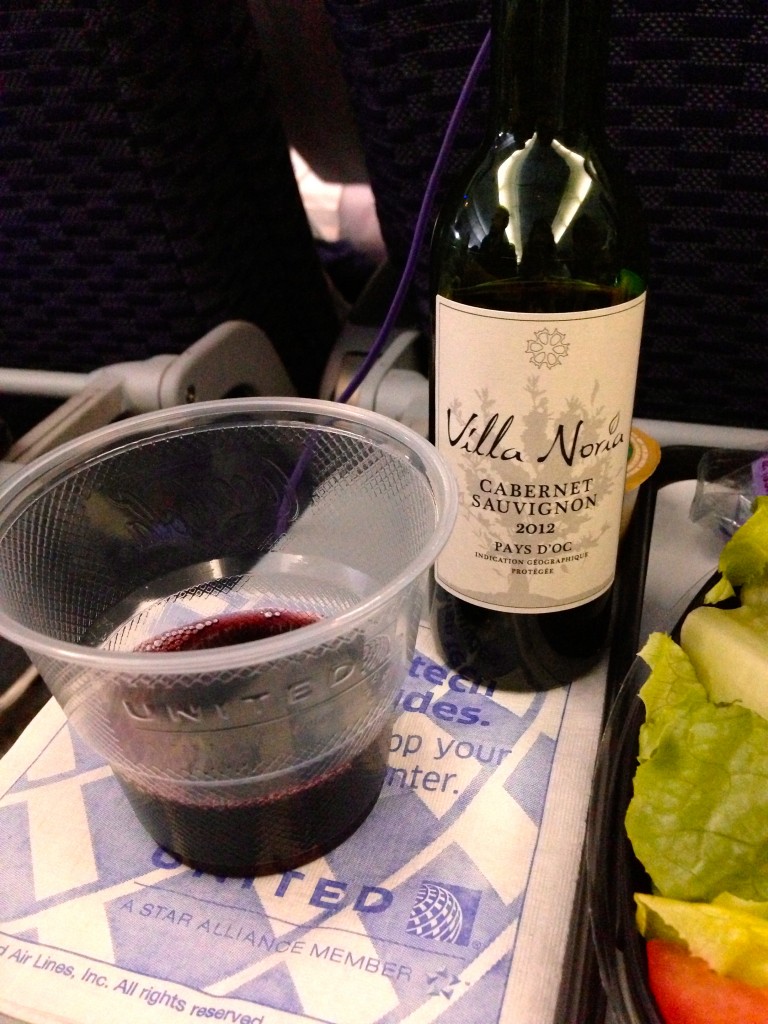 I had some red wine in the hopes that it would make me tired and able to sleep for the eight hour flight that we had to enjoy after our first three hour flight. Instead I watched two movies (Kings of Summer – wonderfully written and acted and one of my new favorite feel-good movies, and The East – also wonderfully written and acted and Brit Marling is a powerhouse of a do-it-yourself actress), as well as a few episodes of New Girl which were mindless and lovely. 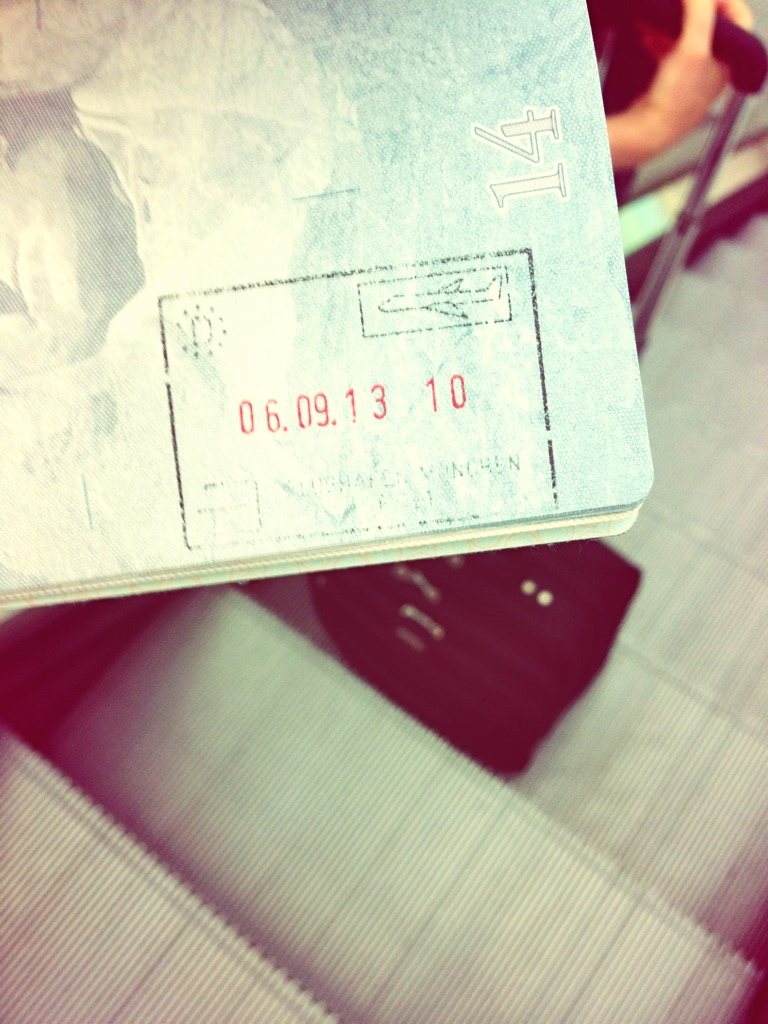 The first stamp in my passport! Prior to today, I’ve never been anywhere overseas. Not even Hawaii. Mexico was visited when I was a kid to help build a hospital, but that’s the extent of my out-of-the-states experiences.

First order of business after brushing my teeth and changing clothes? 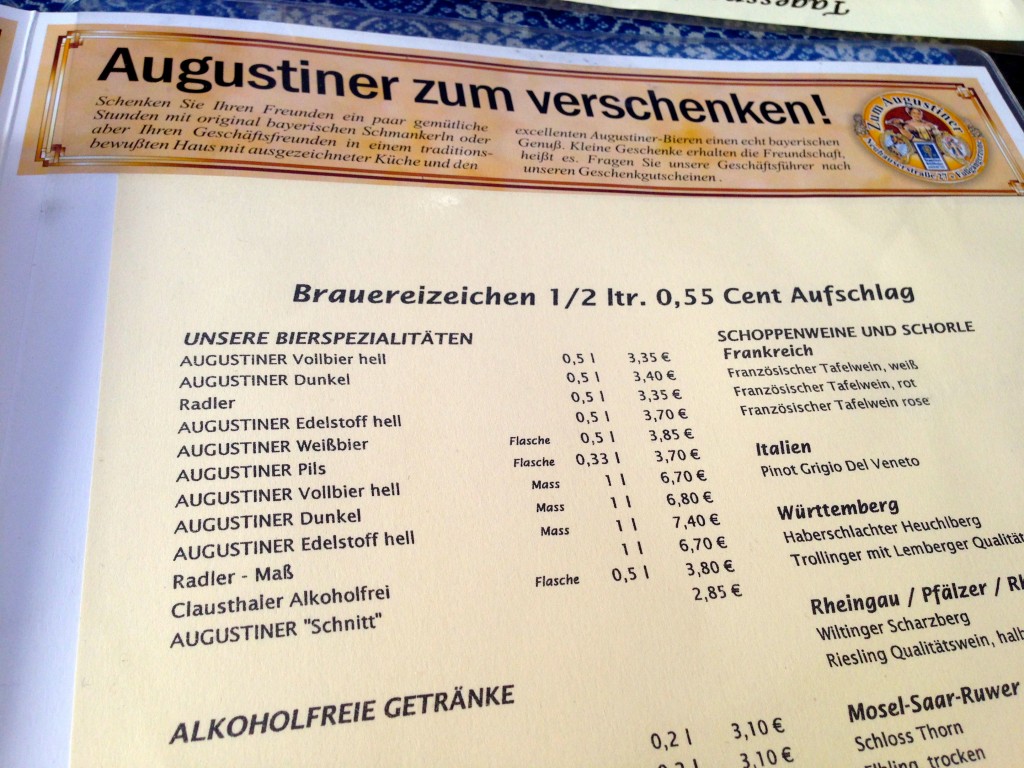 Look up local biergartens. I found Zum Augustiner and after getting lost twice, managed to find the place right in the middle of Karlsplatz. 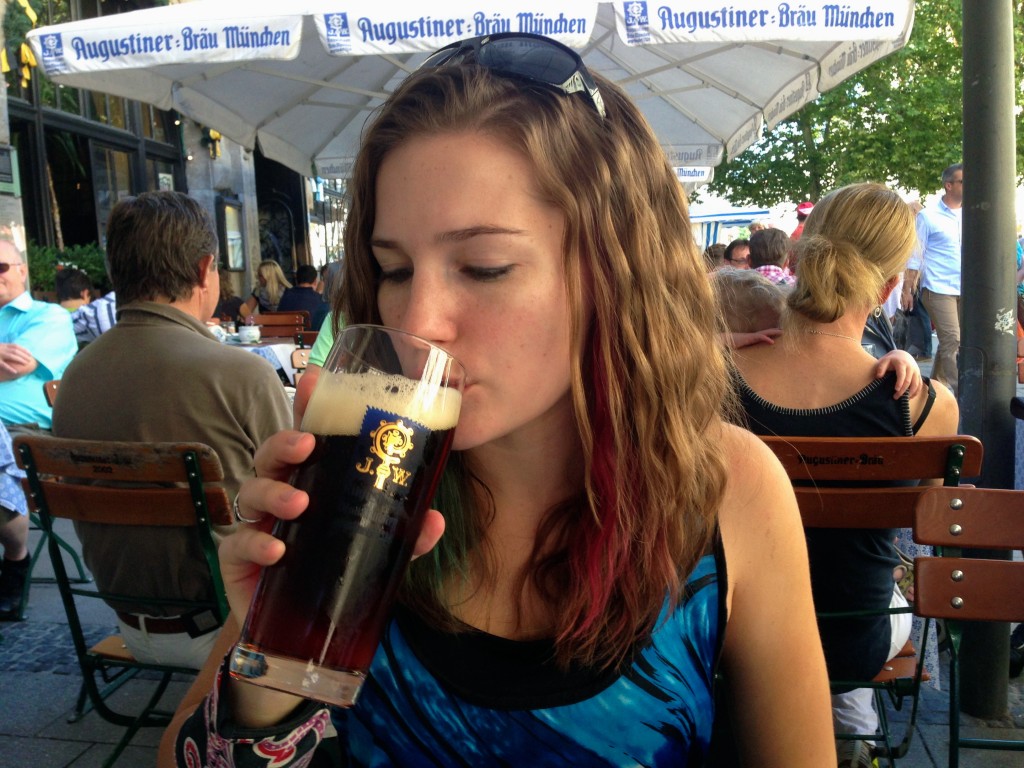 My first sip of an actual Munich Dunkel! I might be asleep in this picture. This was exactly at our 24 hour mark. 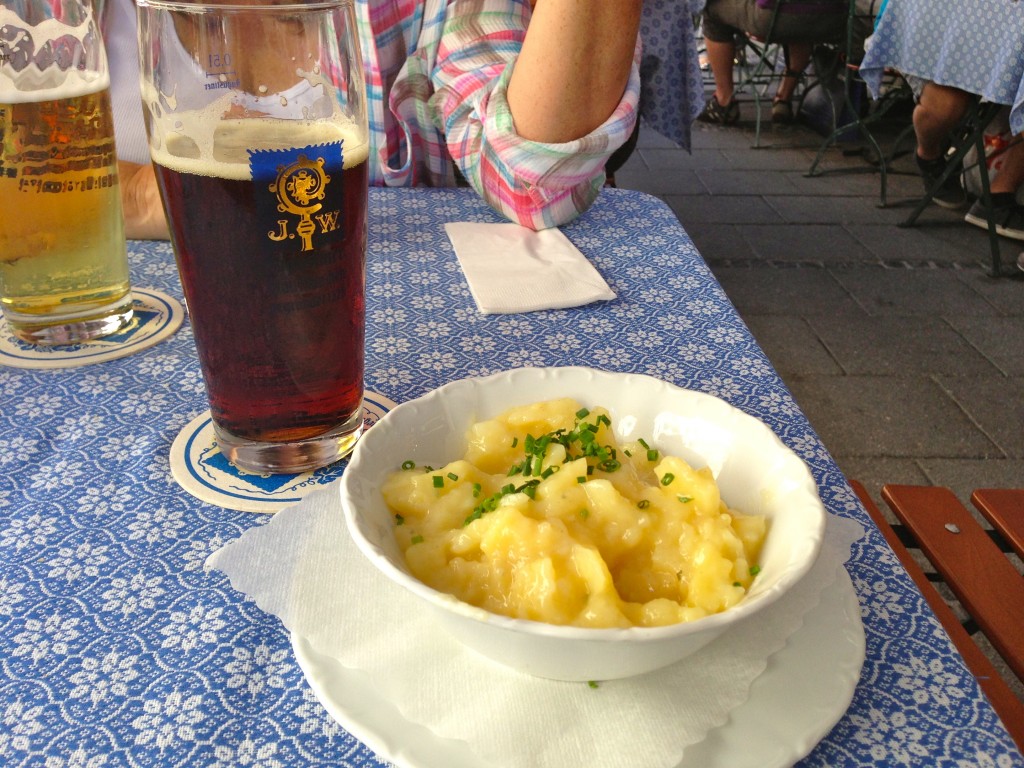 I decided to pair the dunkel with potato salad – tart vinegar and creamy potatoes rounded out with a little roastiness from the beer and a crisp ending. Pairing is exactly what was going through my head at this point. Yeah, let’s go with that.

Now I’m completely drunk on lack of sleep and need to blast some loud music and find a way to stay awake until 21:00. I’m also trying to figure out how many stone I weigh using the scale in the bathroom and how many degrees it is outside attempting to convert Celsius to Fahrenheit.

Oh yes, I almost forgot. Good morning to you all!