My Legs Hate Me

Today I woke up at 5:45am and decided that a trip to go running on the beach was in order. My roommate and I hopped in his car and head up to Goleta, CA – him for kayaking and for me, some intensely therapeutic working out.

We had to stop and fuel up before we embarked upon our insane day, so Starbucks was in order. 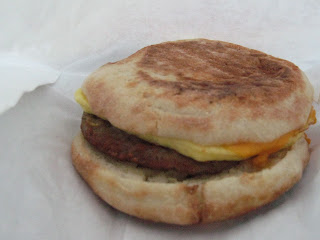 Yes, that is an Egg McMuffin ala the Bucks. I don’t care how many calories are in it. It was GOOD!
We got to Goleta around 7am and were greeted by a THICK marine layer! 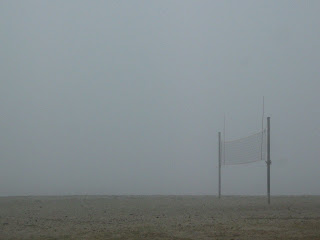 I could not see past 100 feet in front of me. Awesome! 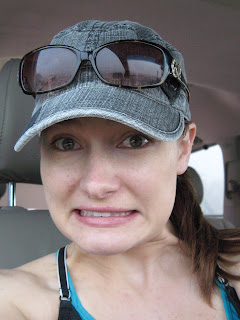 Me realizing that I forgot my sweatshirt. Crap.
After my roommate launched, I headed up to UCSB, my old college campus, and ran the route I used to run every morning. 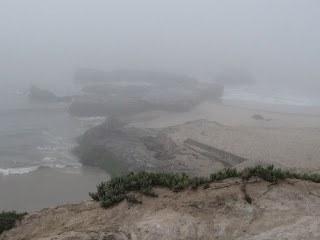 Looking down the cliff at Campus Point. I used to surf right there! The ocean has eroded so much of the cliffs that it all looks completely different! 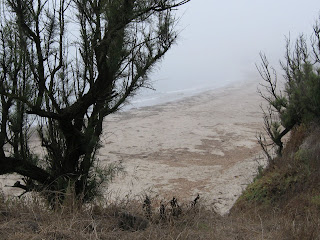 The trails were pretty slippery and it was misting heavily. I was drenched with marine layer two minutes into my run.
I ran north on DP (Del Playa aka PARTY CENTRAL) and passed lots of beer pong tables, tons of new apartment buildings and a girl on the walk of shame, carrying her stilettos in one hand and wearing a dress that should not be shown in public. After I passed through IV (Isla Vista, the neighborhood where all the UCSB students live), I kept going north for another 45 minutes. 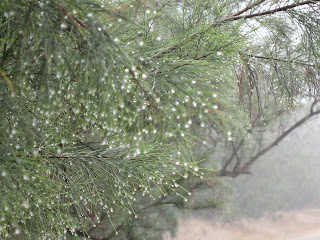 It was WET out! 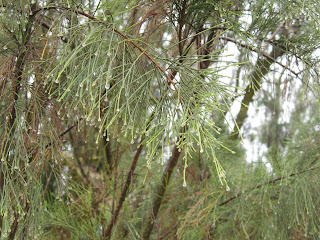 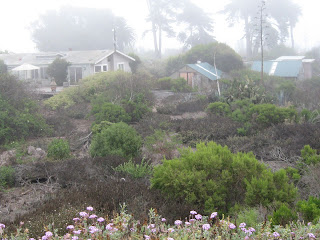 I ran into a dead end by this beautiful little house tucked into the marsh preservation area and didn’t want to run on the road, so I circled around and headed back to campus.
The UCSB library has eight floors. The UCSB library has a staircase. I totally killed myself sprinting up the eight flights. At the top I was shaky, out of breath and wanted more! I perused a few bookshelves to regain my lung-composure, then headed over to my old dorm, San Miguel (or as we called it at the time, San MiGhetto).
San MiGhetto also has eight floors. And stairs. I sprinted up those, then wandered the halls and traced all the memories I’d made there. It was a very nostalgic day for me. San MiGhetto also has a little gym that just happened to be unlocked and not in use. Since sprinting up the stairs and running for 2 hours straight wasn’t enough, I went in and did some lat pulldowns and other arm weights. Wonderful, wonderful pain.
I made my way back down to Sandspit Road, where we’d started, took off my shoes and walked barefoot on the beach enjoying the crashing surf and the chilly air. 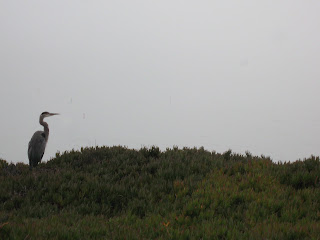 It was a beautiful morning.
Since my roommate and I had both spent three hours exercising nonstop, we decided that a trip to The Taj in Ventura for an indian buffet was in order. 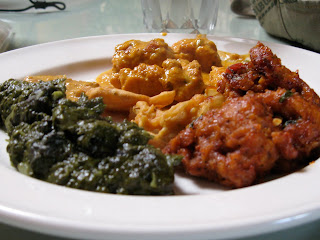 I cleaned my plate and got dessert. I was ravenous!
After indian, we headed over to the chocolate shop, Trufflehounds, to pick up some more deliciousness, then headed home. I showered off the salty sea air, sand and sweat, then proceeded to pass out in bed for a good hour and a half. I woke up just in time to head to work.
Work went well, considering it’s retail. I had some Paciugo therapy, sold 240% of my goal and spent over an hour with two really fun customers who made the time go by quickly.
I have a full shift tomorrey morning again. Getting back into the swing of things. It’s difficult after such a wonderful week on set, but I’m looking forward to some auditions I have next week. They make it much more bearable.
What’s the most intense workout you’ve ever done?