MY TOWN IS ON FIRE!

I realize it is neither National Pancake Day, or Pancake Sunday, but since we were out of spinach this morning, I decided to make some whole grain cakes. 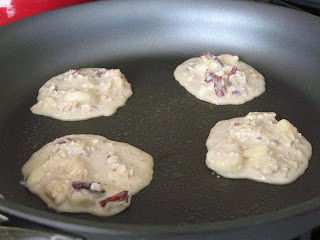 This first batch was experimental… 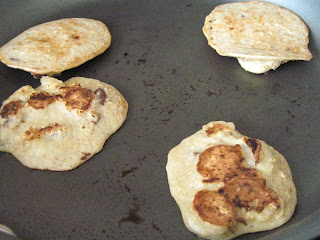 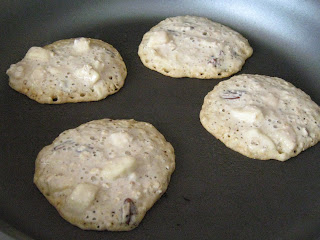 The second batch appeared to be faring a little better… 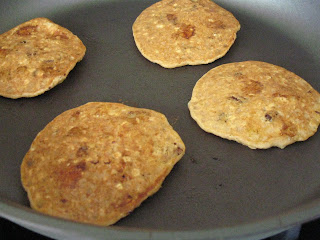 Oooooh yeah!
Vegan Banana-Pecan Oatmeal Pancakes – Printable version HERE
1/4 cup whole rolled oats
1/4 cup whole wheat flour
1 teaspoon baking soda
Pinch of salt
2/3 cup soymilk
1 banana, 1/2 of it diced, 1/2 in thick slices
A handful of chopped pecans
1. Toast the handful of chopped pecans in a pan over medium heat. Pecans are done when their warm, nutty aroma fills the air (about 3 minutes, stirring constantly). Be careful not to burn them!
2. Put the thick slices of banana into a greased pan over medium-low heat. 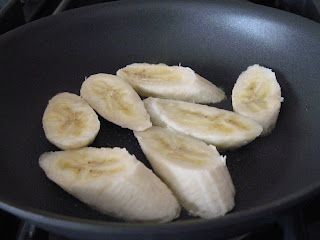 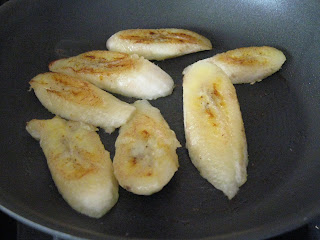 4. While the second side of the banana is cooking, mix together the oatmeal, flour, baking soda, salt and toasted pecans in a medium sized bowl.
5. Add the soymilk and diced banana, and stir until well combined.
6. Pour a heaping tablespoon of batter onto a large greased pan or skillet.
7. When the tops of the pancakes start to bubble and appear to dry out, flip em!
8. Cook them for another minute on the other side, then plate with the caramelized banana slices on top and drizzle with syrup or honey. 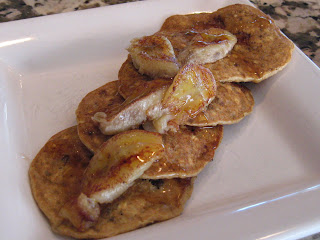 Incredibleness on a plate. 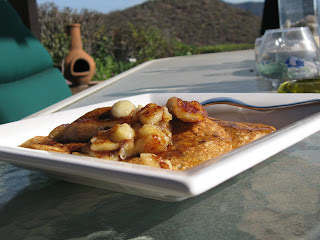 As always, a great breakfast is best enjoyed with an amazing view on a beautiful morning!
You’d think that such an rich breakfast would fill me up until the end of time, but before I knew it, it was lunch time! 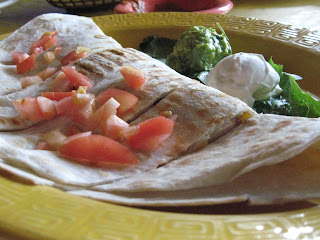 Mexican food on the brain! I got a grilled chicken quesadilla with guacamole. I haven’t been making the healthiest choices lately – I can blame it on my schedule or on the insane heat, but really it comes down to my own lack of self-control and planning.
Problem acknowledged, and being worked on!
The drive back home held a surprise! While we were in the restaurant, about thirty fire trucks, cop cars and paramedics went screaming by, and I forced the roommates to investigate! 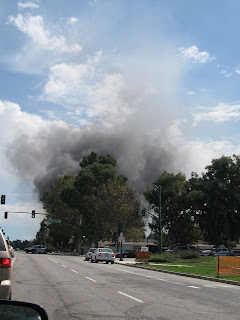 THE TOWN IS ON FIRE!!!! It actually looked like a bomb went off, or a plane crashed, but it turns out it was just four businesses that were lovingly built from the ground up, burning right back to the ground thanks to some chemical fire. Sadness 🙁
When we got back, I split and headed to the library to pick up some books I had on hold – I’m now reading The Hunger Games by Suzanne Collins. My cousin recommended the series to me, and while I’m loving the story so far, I’ve been really slow, which is bad considering it’s due back in a few days! I distracted myself from reading a bit longer by replenishing my aromatherapy spray. 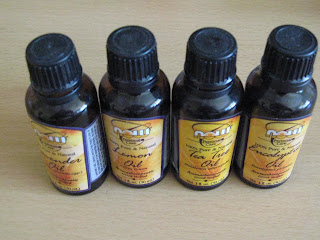 I used to be a massage therapist and always wanted to specialize in aromatherapy. Even though I don’t work as a therapist anymore, I brought aromatherapy along with me for daily life.
Bexter’s Spaaaaah Mix 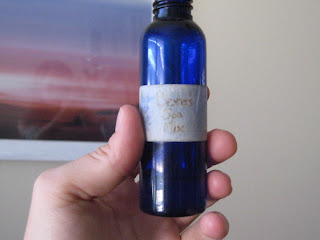 Bexter’s Spaaaaaah Mix! This bottle makes me so happy!
The rest of my day was spent lounging around, doing massive amounts of research and note-taking for a novel I’m writing and swinging by Great Harvest for a loaf of their High 5 Fiber bread to go with dinner. 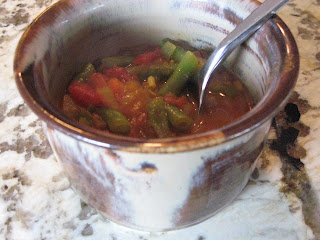 The roommate made an indian-inspired veggie soup. I don’t have the recipe on hand right now, but it has fresh green beans, eggplant, zucchini, onions, tomatoes, garam masala and a whole bunch of other stuff that makes a heavenly, healthy stew.
My soup was served in my most successful bowl made in pottery to date!
I’ll be hitting up the farmers’ market tomorrey to pick up some ingredients for a Foodbuzz competition I’ll be joining in! Food contests aren’t normally my thing (I’m a VERY competitive person, and it stresses me out and erases a little of the enjoyment for me), but I decided, why not! Stay tuned for a new recipe… or a lot of competitive anger! 😀