On Sunday I ventured to Woodland Hills for a day of beer brewing with the Maltose Falcons. Thanks to daylight savings time, I woke up late and barely had time to shove a piece of toast in my mouth before I had to leave. 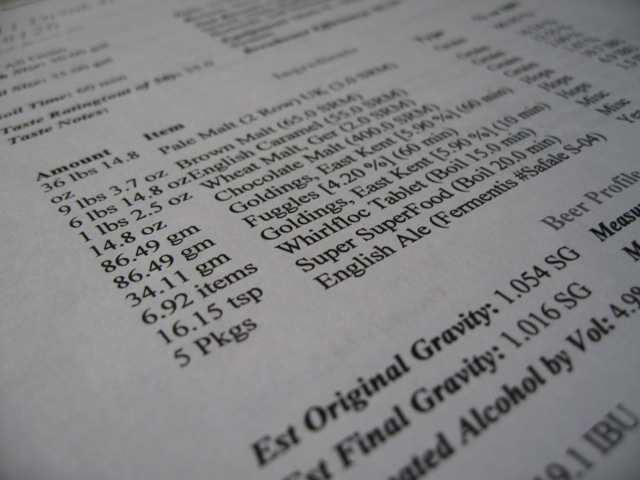 Luckily, I arrived on time, we got our recipe and set to work gathering the ingredients. And yes, that DOES indeed say 36LBS of pale malt, 9lbs of Brown Malt and 6lbs of English Caramel. We were brewing 30 gallons of beer that day – serious stuff! 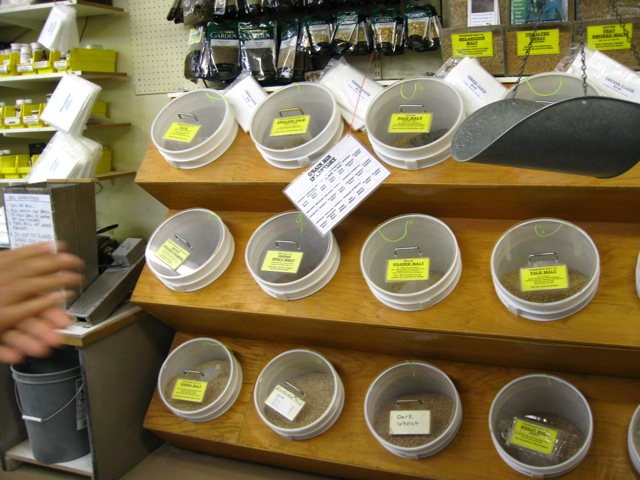 We got to work choosing our malts. 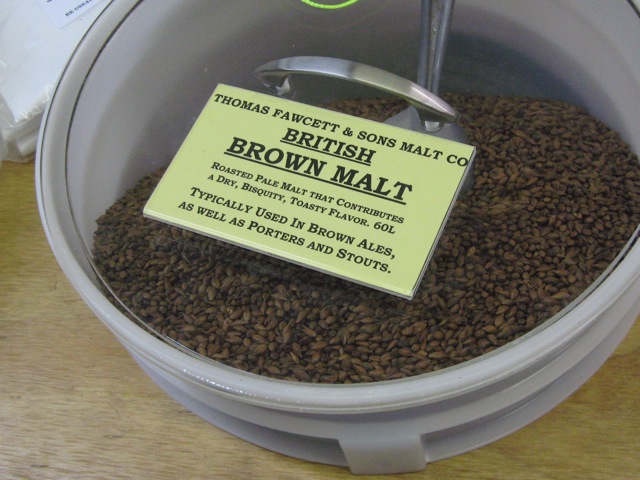 And weighed out the hops. 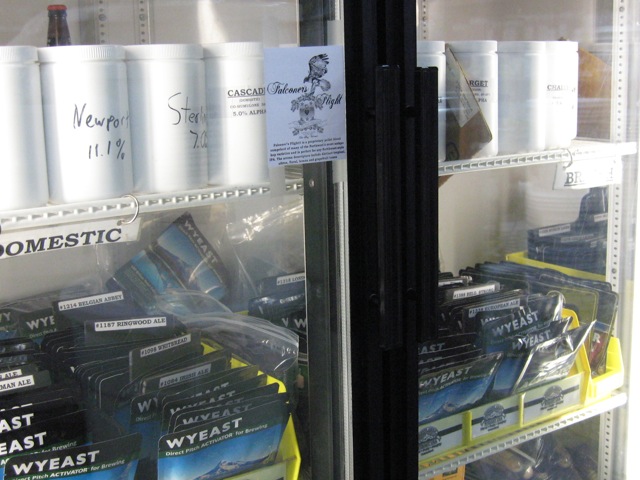 Then we got to work mashing the grains. 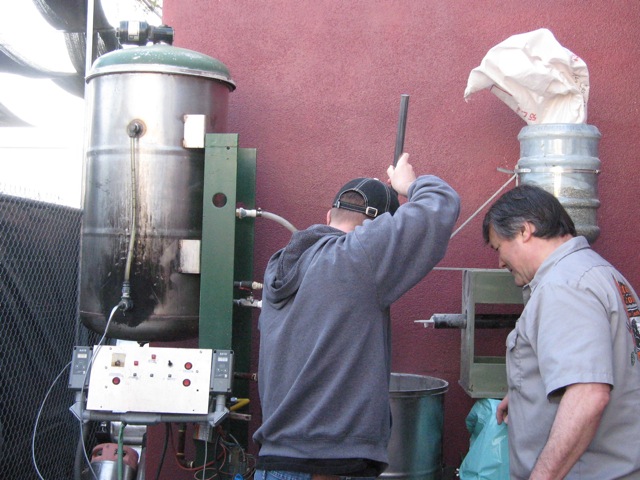 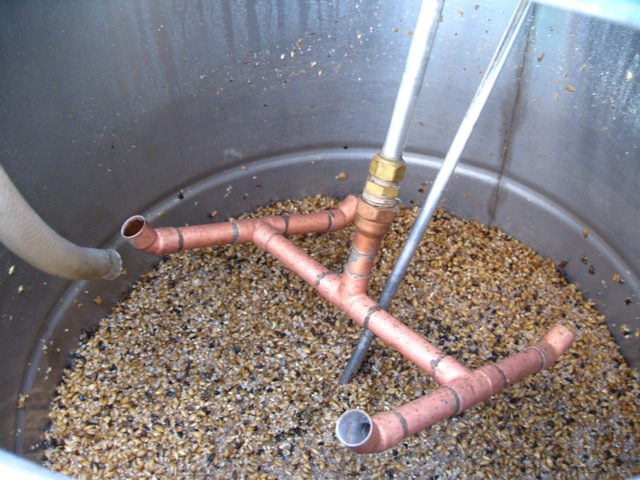 After letting the grains steep at 154 degrees for 60 minutes, we mashed out by running 168 degree water through the grain bed until it drained all the sugars, starches and proteins into another tun. 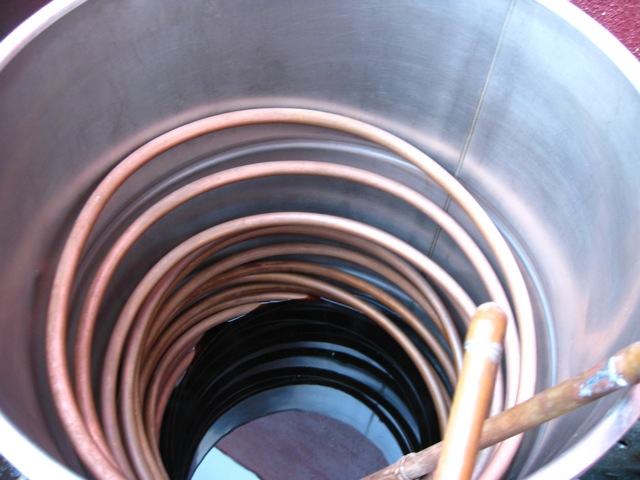 Once we’d filled the second tun, we brought the wort up to a boil… 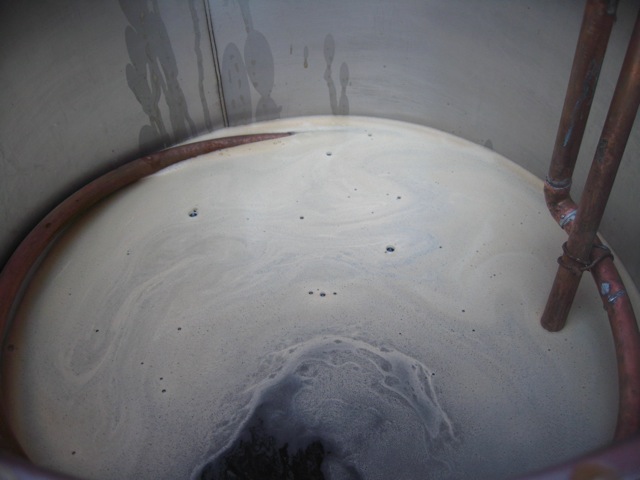 And added the bittering hops. 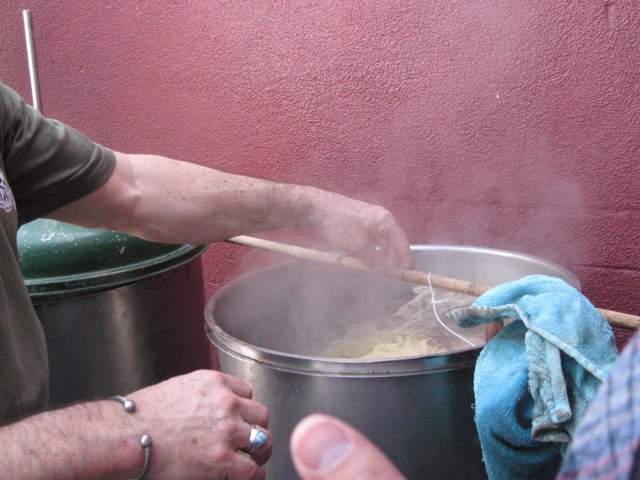 Then we had another 45 minutes to wait until the addition of the aroma hops, so we got to work feeding ourselves – the most important part. 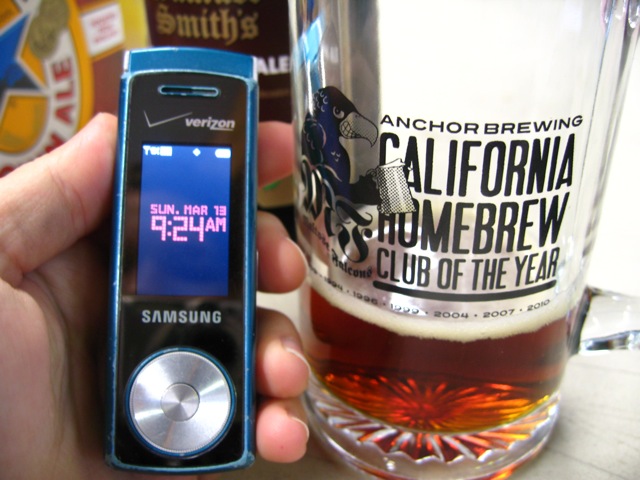 Oops, that’s not the food I meant to show you… 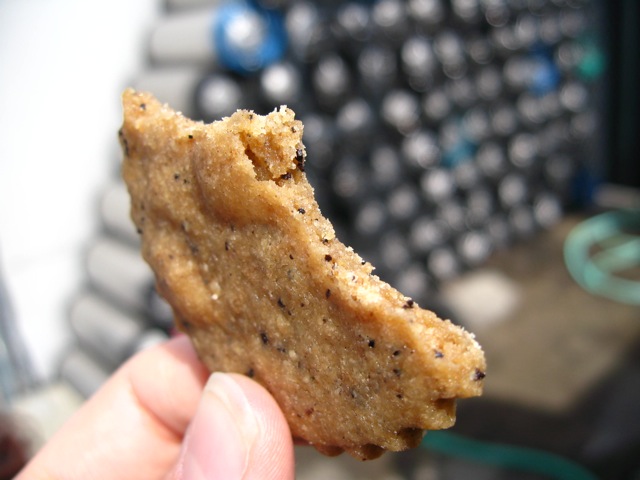 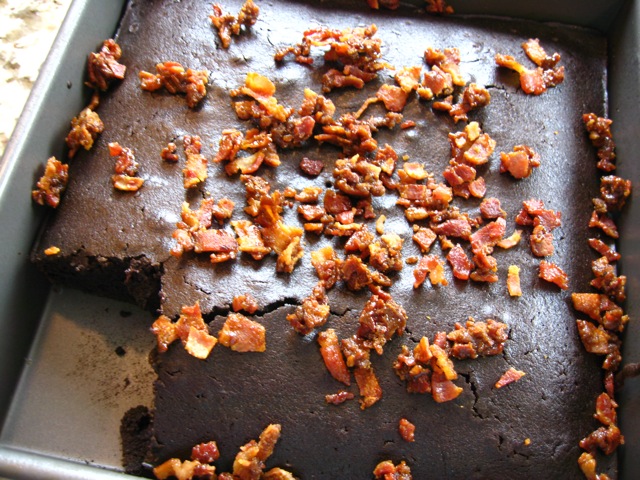 And of course my Oatmeal Stout Brownies with Caramelized Bacon. Those disappeared within half an hour! 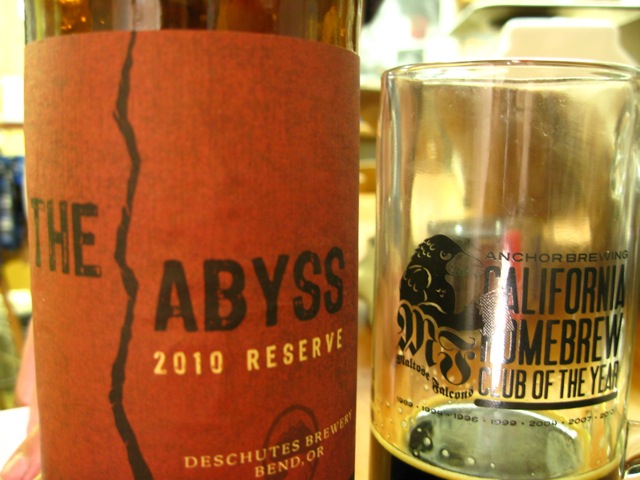 Along with more beer. It’s the rule of brewing – “Relax, don’t worry. Have a homebrew.” And we sure did!
I also brought along a growler of Dos Beckis, which was quickly consumed! 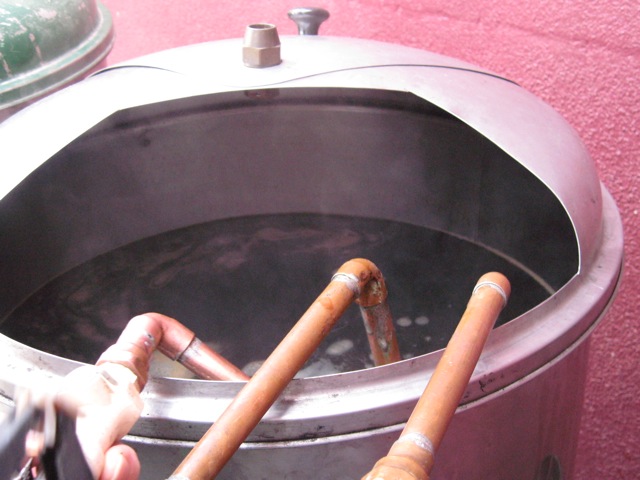 After the final addition of the aroma hops, we quickly brought the temperature of the wort down with an immersion wort chiller that connects to a regular garden hose. The copper coil carries the cold water through the wort, rapidly bringing the temperature down. 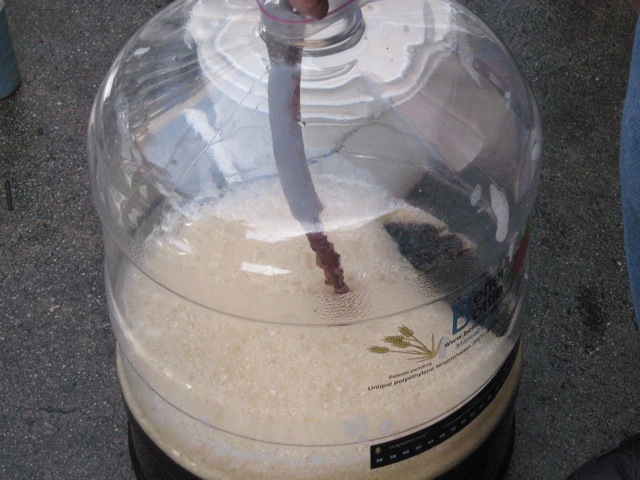 We then filled all of the carboys or fermenters and oxygenated them before pitching in the yeast. 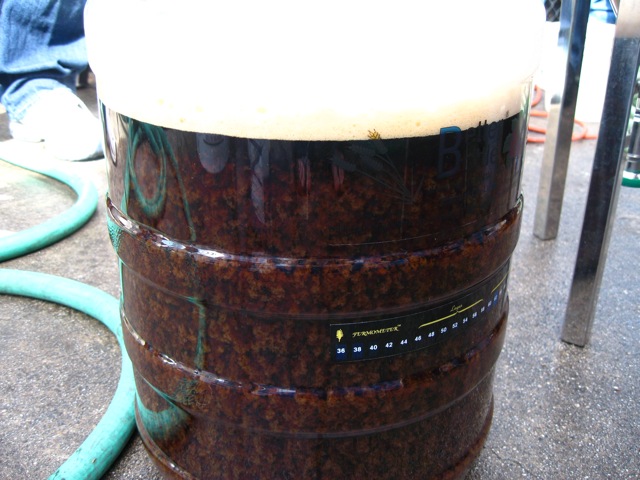 The cold break – the proteins have been chilled so quickly that they coagulate and then drop to the bottom of the carboy, resulting in  clearer beer.

My beer had a very active day yesterday, screaming away through the airlock in my closet, but it’s quieted down a lot already. Possibly TOO much. For now, I’m going to…

“Relax, don’t worry. Have a homebrew.”