It’s been an insane week. Even more than usual. I was up bright and early Saturday morning to do my shift brew for Enegren Brewing with Brew Chief Joe. 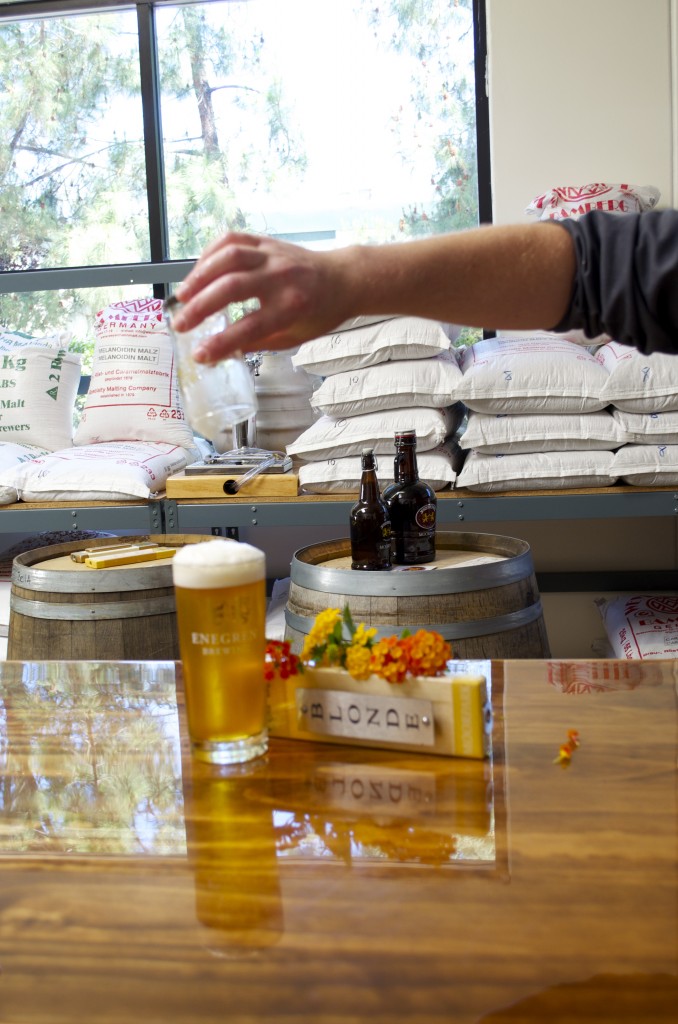 In between pH testing and hop additions, we found the time to do a little photo shoot for Captain’s Summer Session blonde ale. Joe was the designated “fluffer” of the beer… 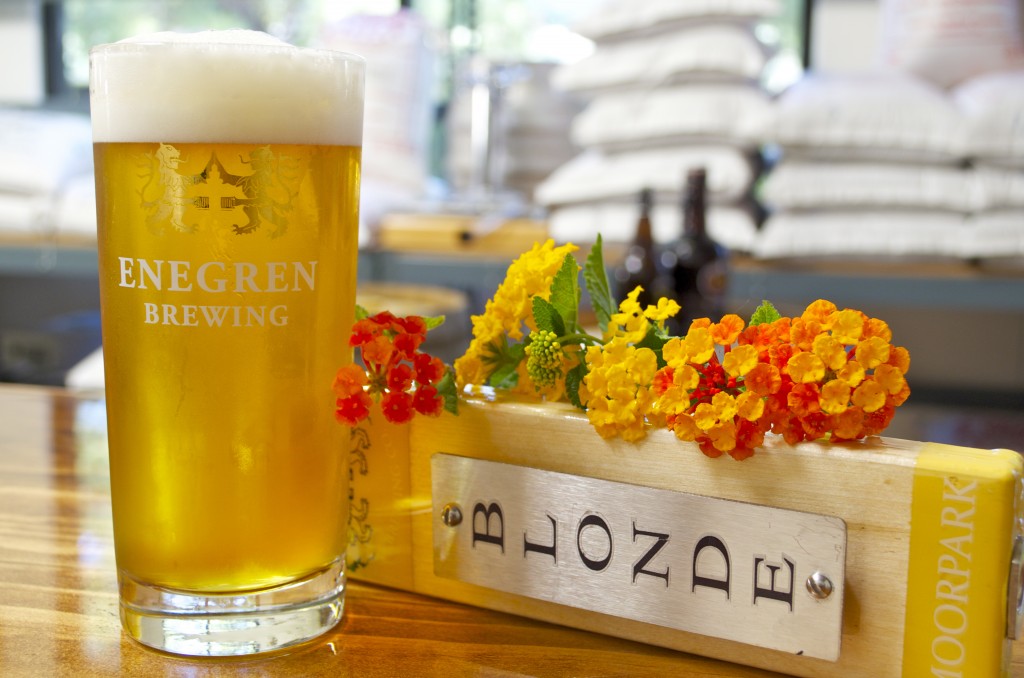 I think it turned out pretty well. We had to drink the beer(s) at 7:30am after we’d poured it, but since it’s only 4.9% we fared well for the rest of the day.
Saturday night after brew day was spent grilling, drinking delicious beer and eating candy malt samples from the CBC. 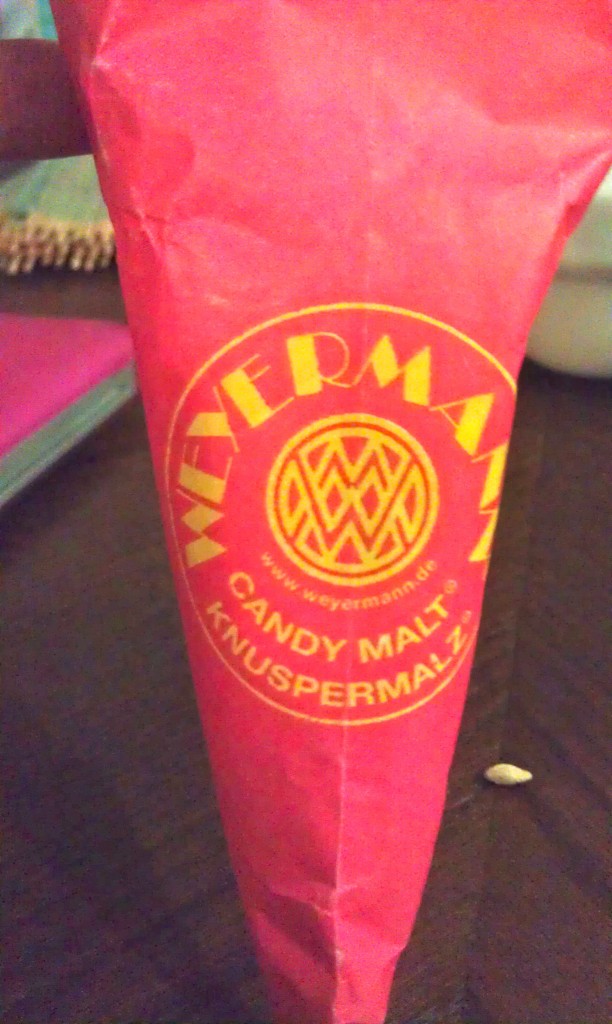 I’ll eat malt plain, but when it’s covered in sugar, I’ll eat even MORE of it. 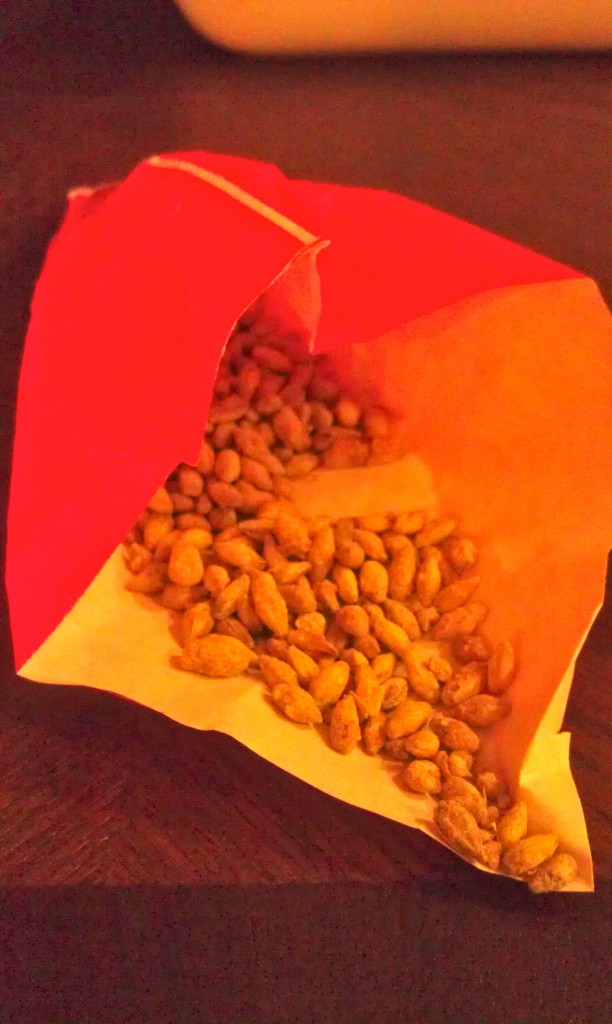 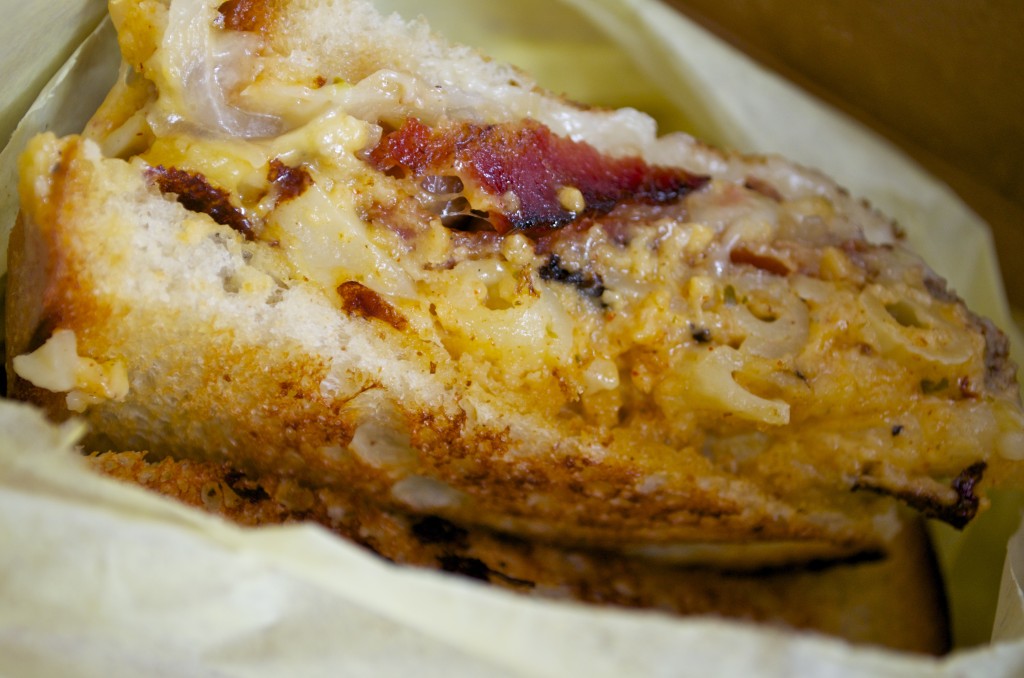 Sunday ended with this deliciousness. That would be “The Mack” (mac and cheese in a grilled cheese sammich) from Custom Melt in Moorpark – a gourmet grilled cheese restaurant that recently opened. I have eaten there every weekend. I will continue to do so every weekend I am in town. 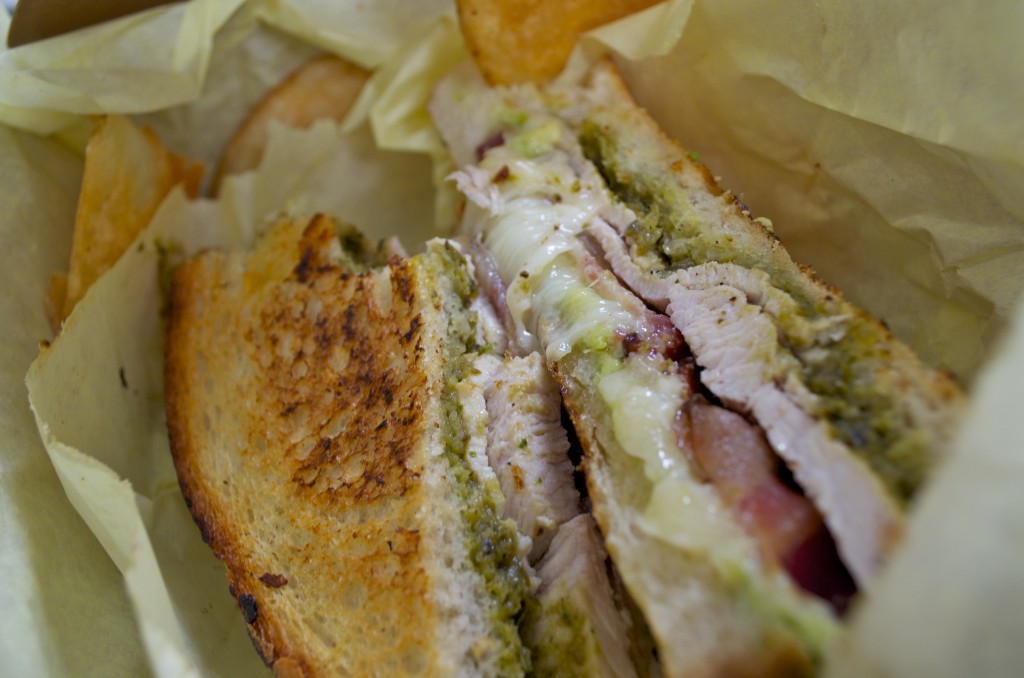 The Green-Go – roasted turkey, bacon, avocado and pesto wrapped up in a cheesy embrace. There will definitely be a blog about this place coming in the near future. 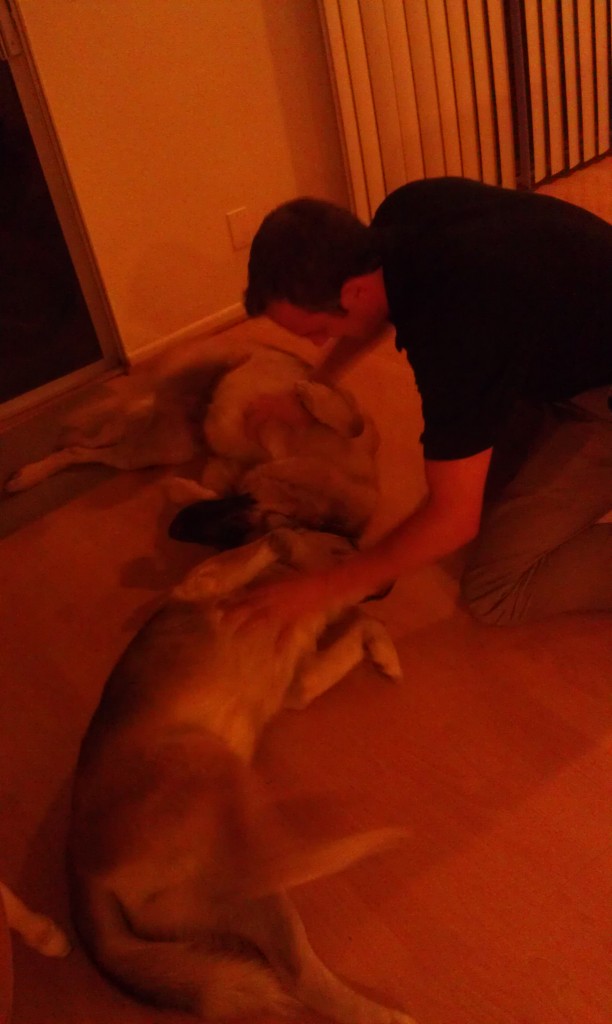 Sunday night puppies were played with, the movie Kick Ass was watched and I was prepared to face the oncoming week. Monday was spent cleaning kegs and Tuesday was a surprise day off. I got an oil change. I was told that my tires didn’t look so good. I went to the tire place. I replaced All. Four. Tires. 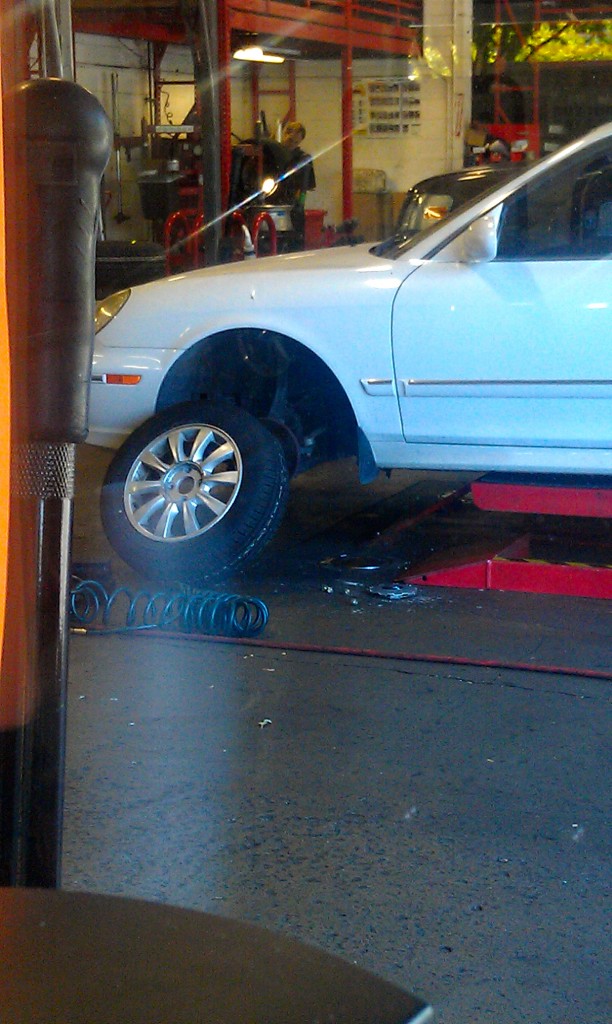 My wallet is weeping silent tears as I type. 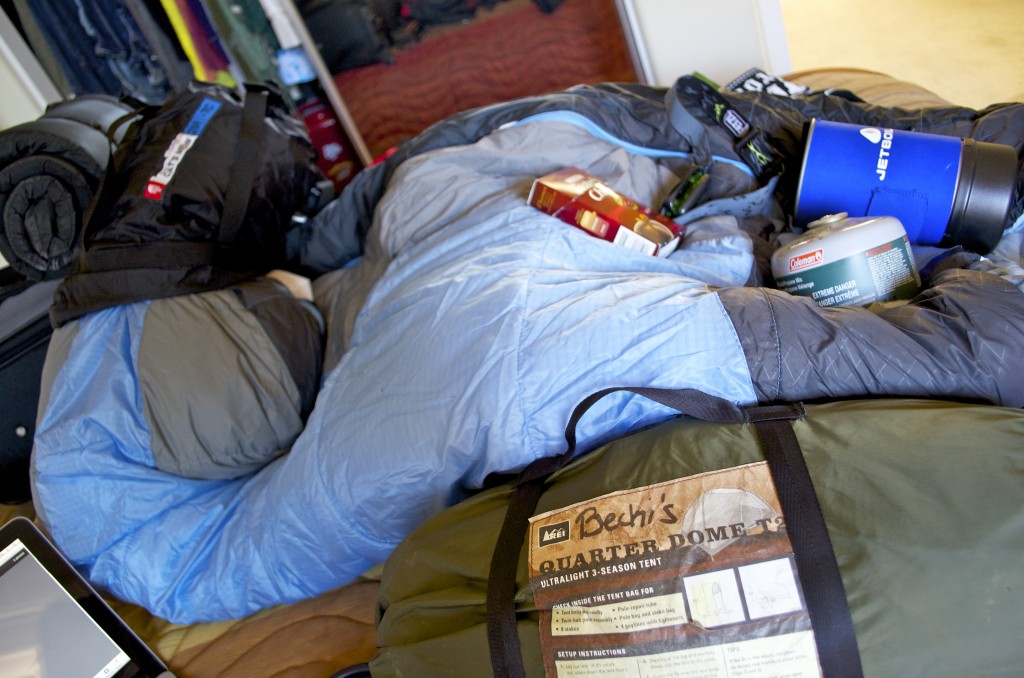 I do have a PLANNED day off on Friday, though! I’ll be camping up in Kern Valley through the weekend: a much needed extended weekend spent mountain biking, hiking, exploring and drinking mass quantities of instant coffee from my Jetboil. 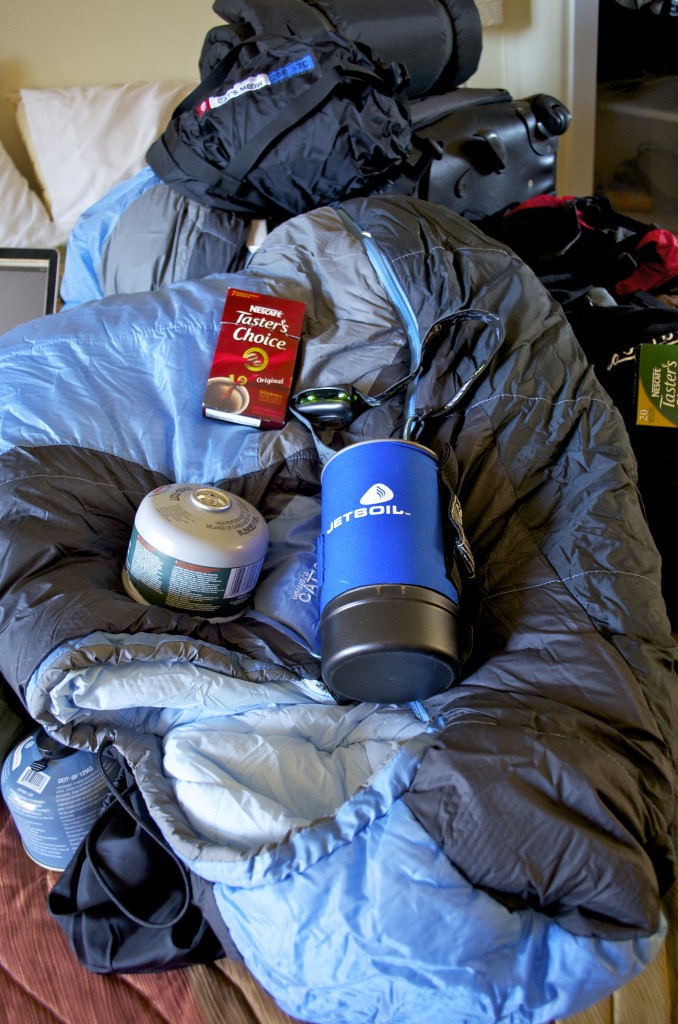 I think I’m all prepared. Only thing left to do is pick up some brews from Kern River Brewing before we head out into the wilderness! 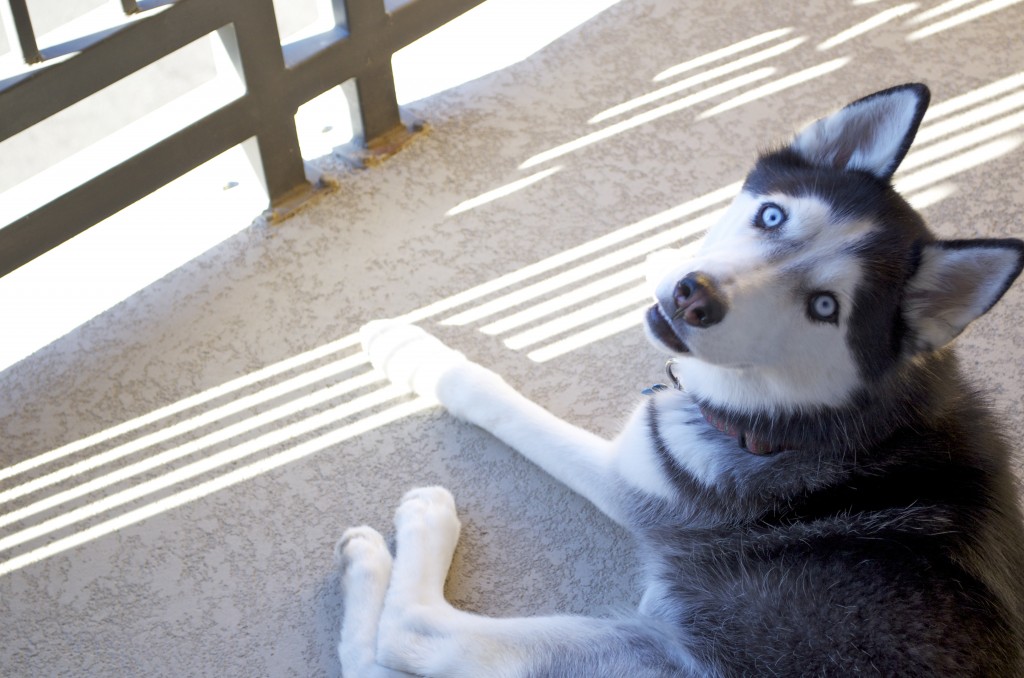 That and somehow bid farewell to those beautiful eyes for three days. Once I do THAT I’ll be fully prepared.

Tomorrey is brew day, then getting in the car immediately after to head out for camping! Follow my brew day updates on my Facebook or my Twitter, OR on Wolf Creek Brewery’s Facebook and Twitter (I run all of the above)! Have a wonderful extended weekend!