Last night the wonderful folks at Tuning Fork in Studio City had a beer pairing dinner with Golden Road brews. I was (yet again) lucky enough to be able to help design the pairings and host the event. 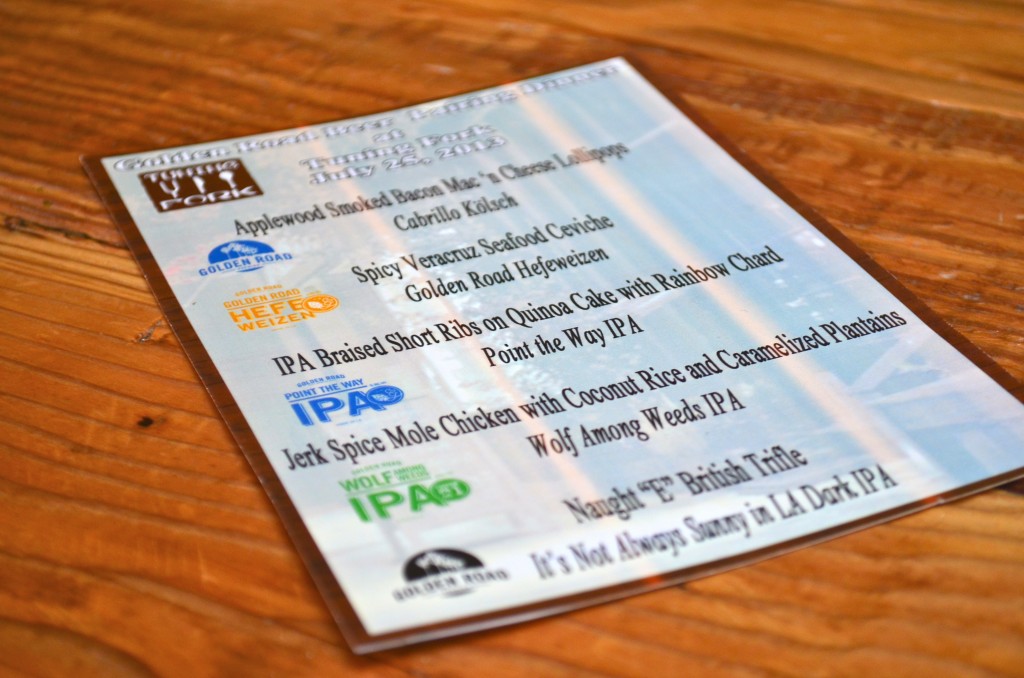 Five dishes and five brews. I had to mentally prepare my stomach, and I had boxes ready to pack whatever I couldn’t finish to take home. 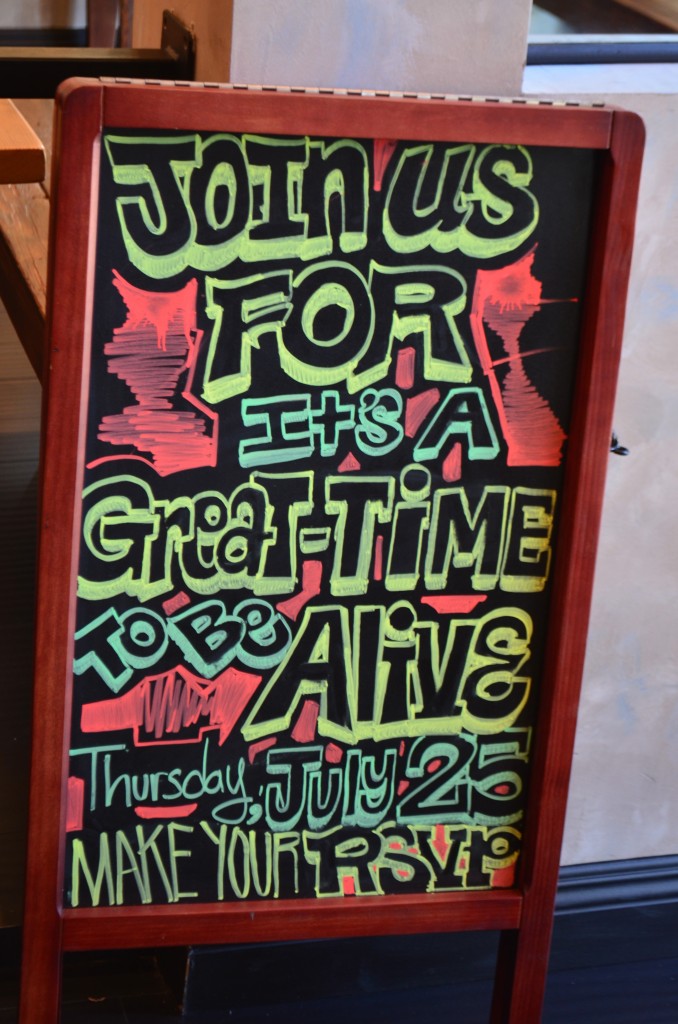 “It’s a Great Time to Be Alive!” – the official title of the evening. And it is. It really is. 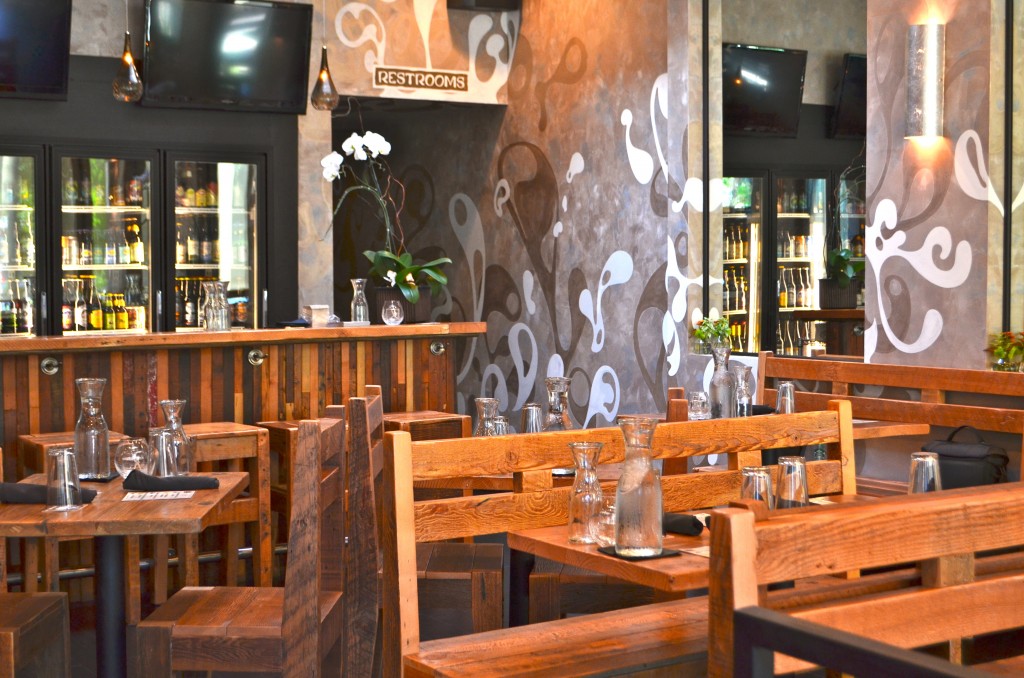 Tuning Fork is a newer restaurant located on Ventura Place with a rustic wood bar and family-style picnic tables. Owners Joseph and Martin man the helm, while Chef Jay works his brilliance in the kitchen. The staff is possibly the friendliest I’ve come across in a long time, and all the customers are instantly welcomed as close friends. 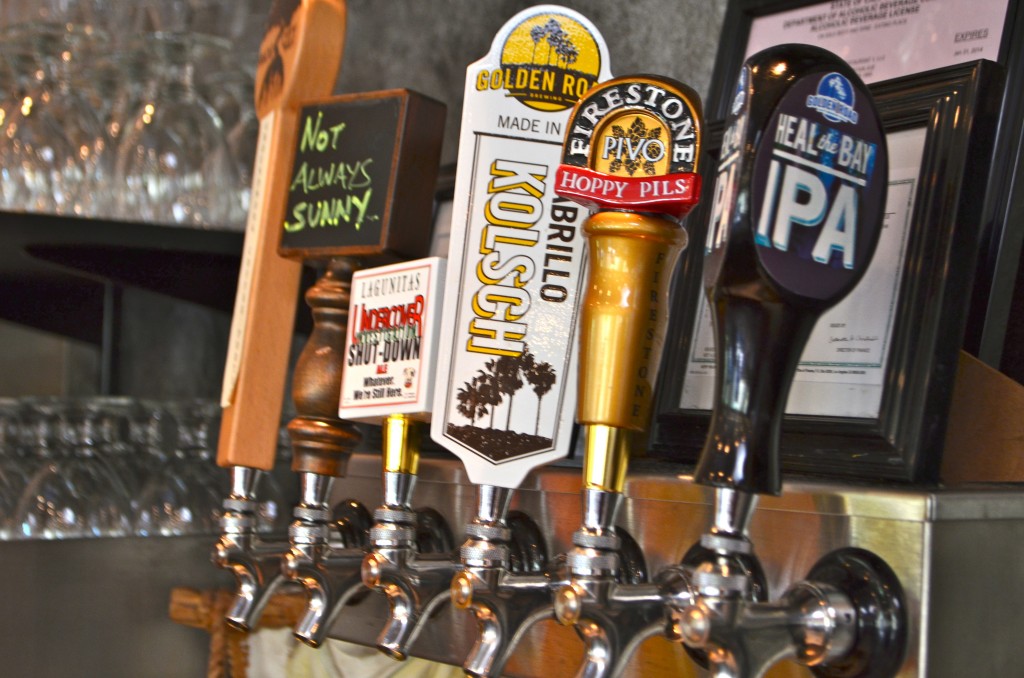 Six beers on tap and almost 40 bottled beers! The selection there is mind-boggling. 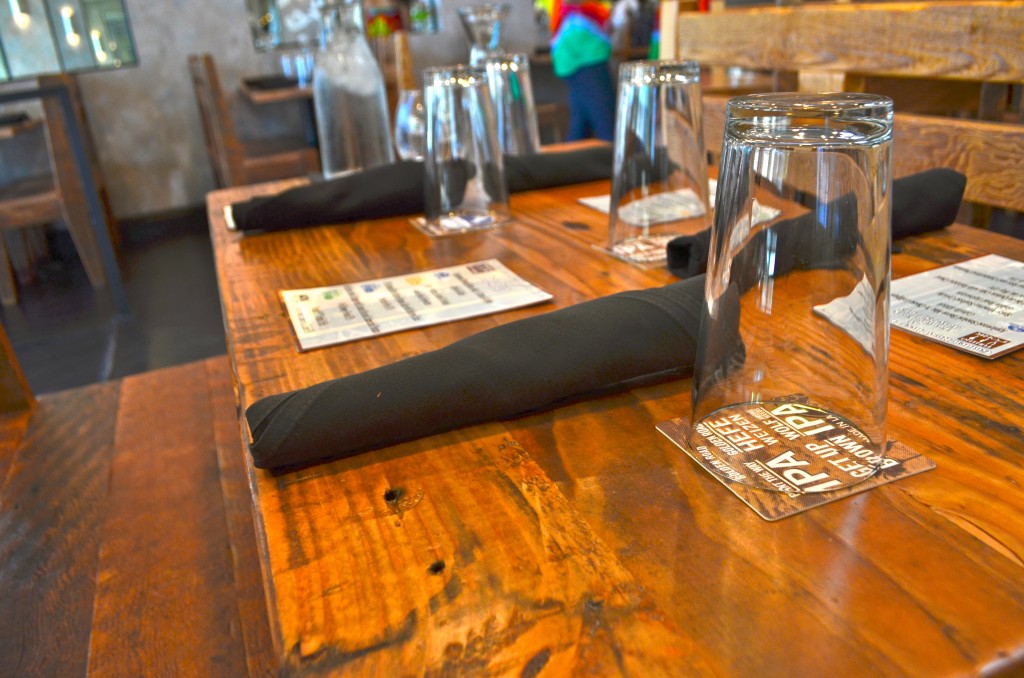 The tables were set, carafes were filled with water, empty dump buckets prepared… 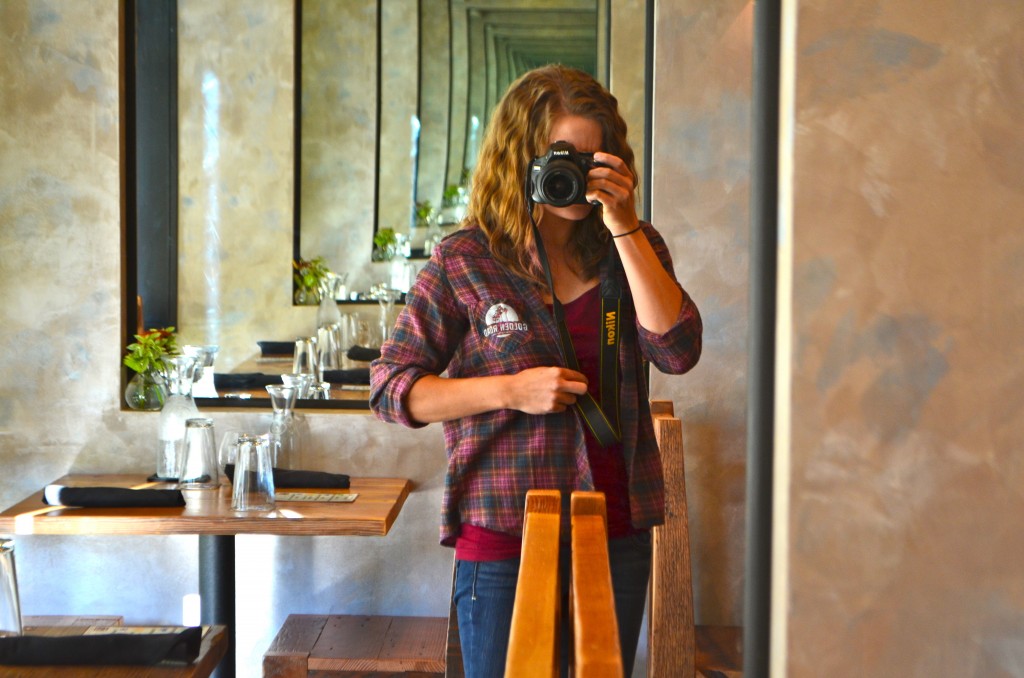 Golden Road flannel was repped. We were set. 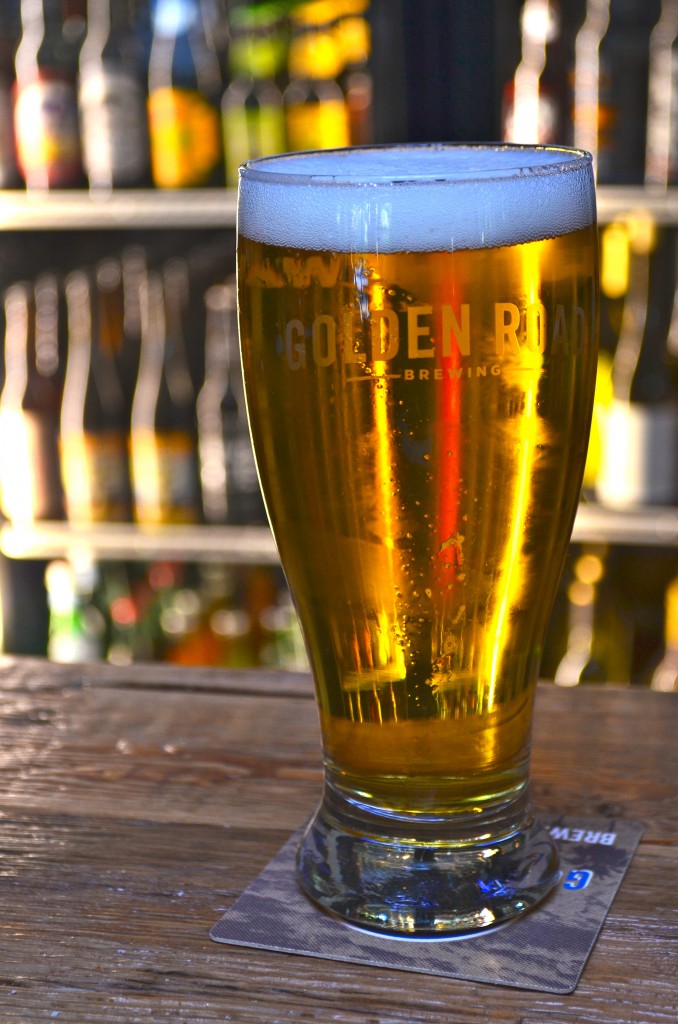 We started off the evening with a full pour of Cabrillo Kölsch to welcome everyone in. 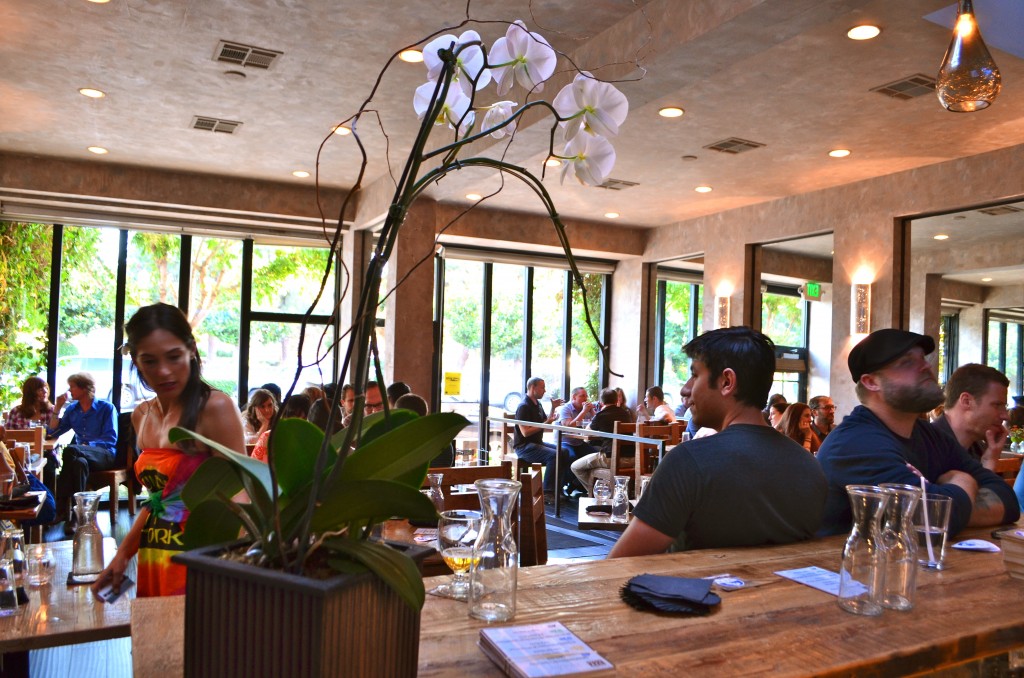 It was a full house. They ended up having to close the restaurant completely to accommodate everyone who was calling for seats! 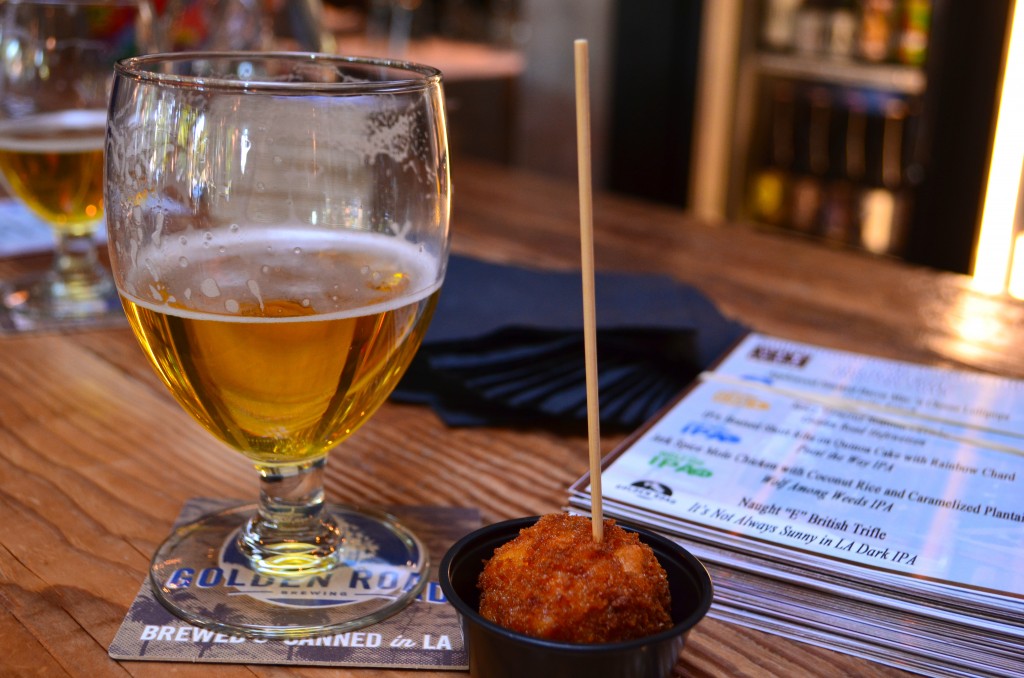 I stuck with small pours and even smaller sips since I was being all responsible and stuff. The first pairing was the Cabrillo Kölsch with applewood smoked bacon mac ‘n cheese pops. 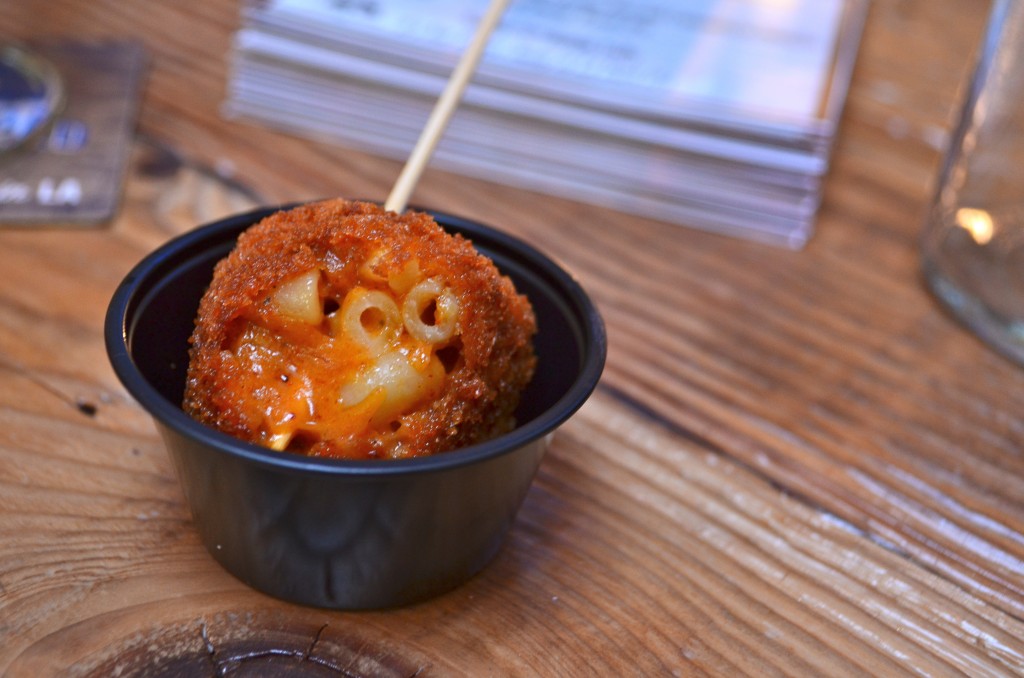 Mac ‘n cheese deep fried. Anything deep fried is a win, but these were beyond delicious. Sturdy yet full of creamy cheese and tender pieces of smoky bacon, wrapped in a crust of fried perfection. The clean finish and high carbonation of the Kölsch whisked away the richness as soon as the beer touched the tongue. 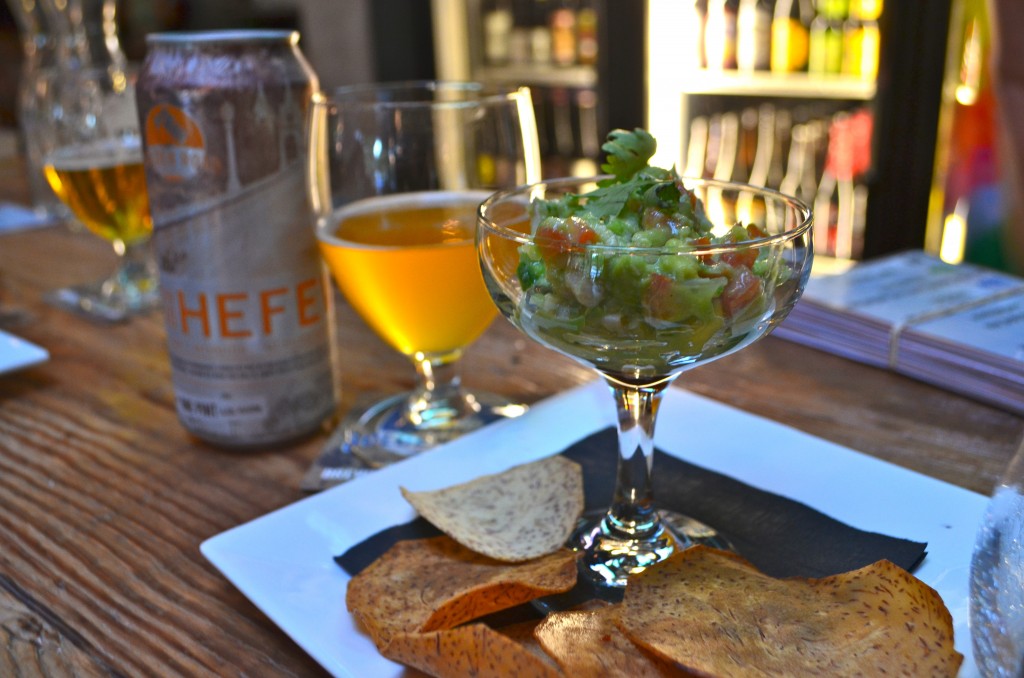 The second course was spicy Veracruz seafood ceviche with Hefeweizen. The sweet citrus in the beer marries perfectly with the acidity of the lemon and lime juice used in the ceviche without overwhelming the delicate fish. The final bite of brutal spice was calmed by the smooth wheat in the brew. 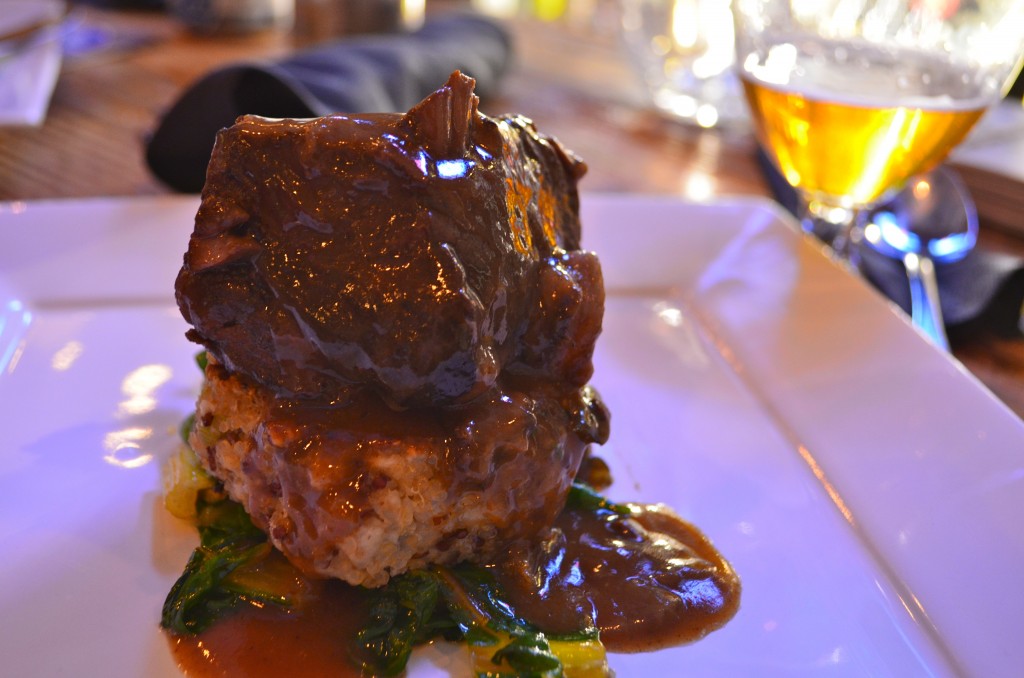 IPA braised short ribs on quinoa cake and swiss chard paired with Point the Way IPA. Rich and fall-apart tender short ribs covered in thick gravy are balanced with a gently hoppy IPA that slice through that richness while subtle notes of caramel match with the caramelized meat. And quinoa and swiss chard makes it healthy. That’s how this works. 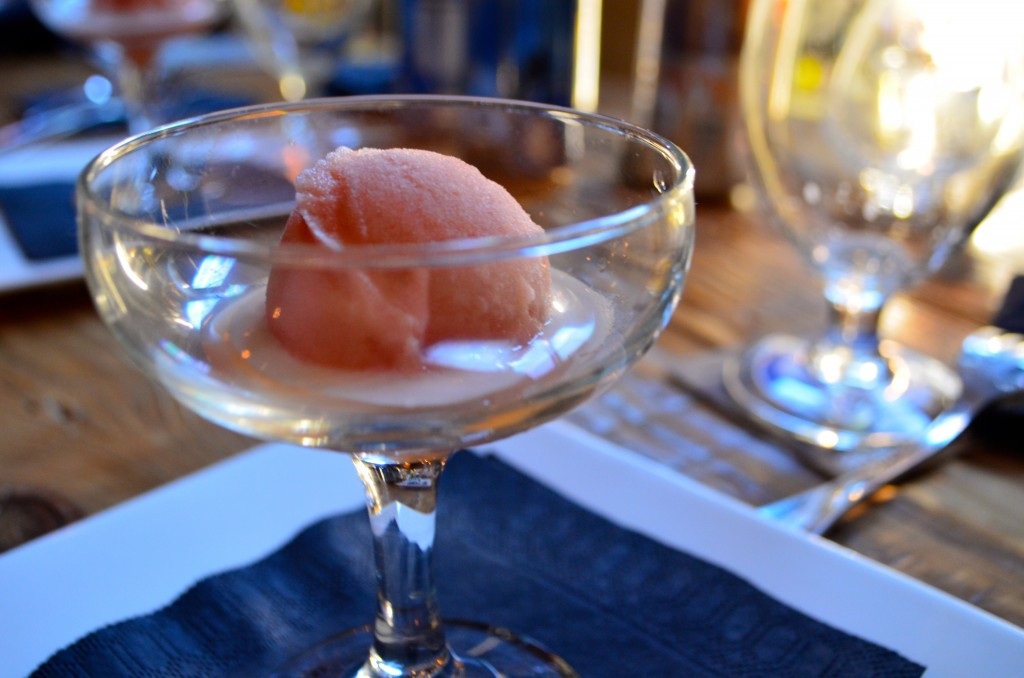 Chef Jay brought out a palate cleanser immediately after – tangy sweet sorbet to scrub away any lingering hop bitterness or fattiness from the rich cuts of meat. 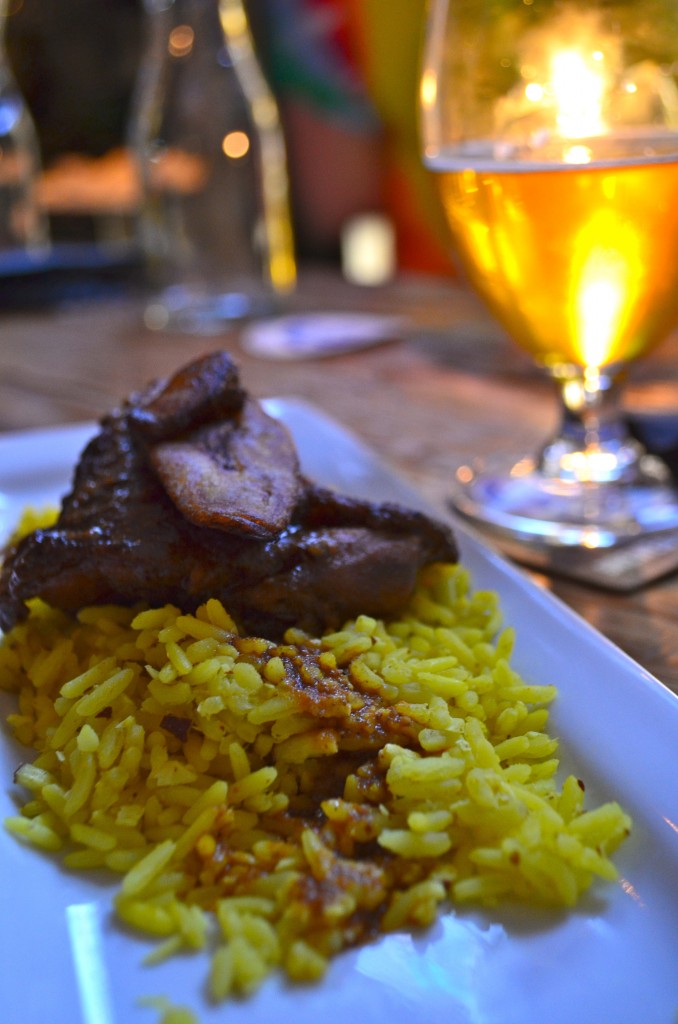 Jerk spice mole chicken with coconut rice and plantains paired with Wolf Among Weeds IPA. Tropical notes of pineapple in the beer tie in perfectly with the Caribbean-style dish, while rich mole sauce satisfies all the senses. I only had a few bites of this dish and packed it up with the intention of having it for breakfast this morning. Which I did. It has banana, therefore it is breakfast. 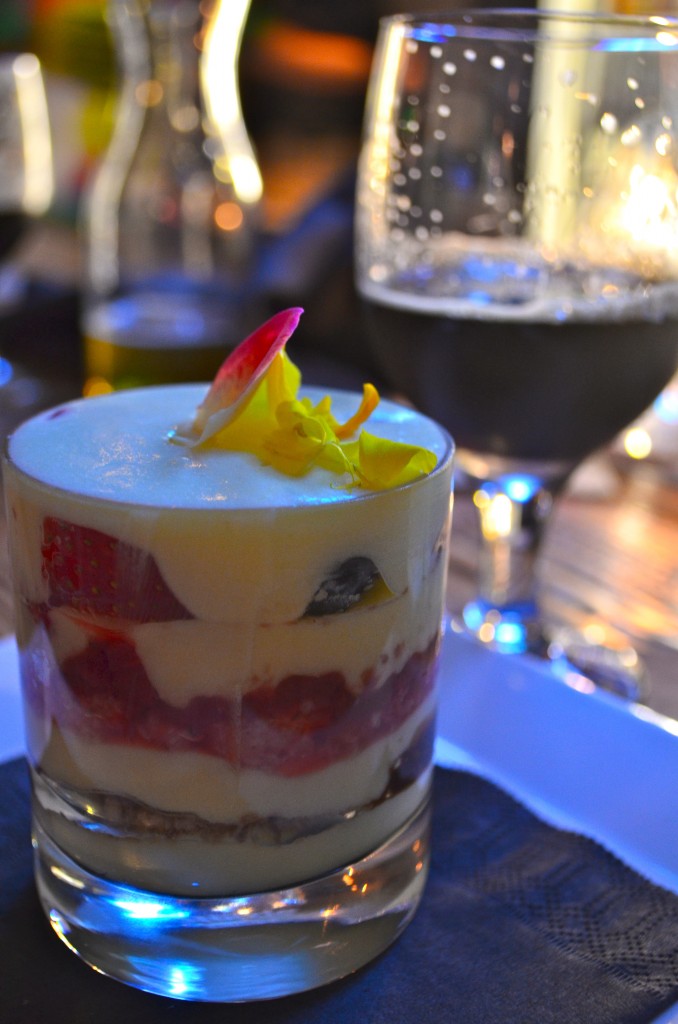 The finale of the evening was a traditional English trifle with layers of fresh berries, vanilla custard and sweet crumbly goodness, paired with It’s Not Always Sunny In LA black IPA. Intense bitterness with hints of roast tames the sweetness of the trifle and makes each spoonful even more decadent, yet less filling at the same time. I put this picture up and immediately went to the fridge to finish off the leftovers from last night. Consuming it now – true story. 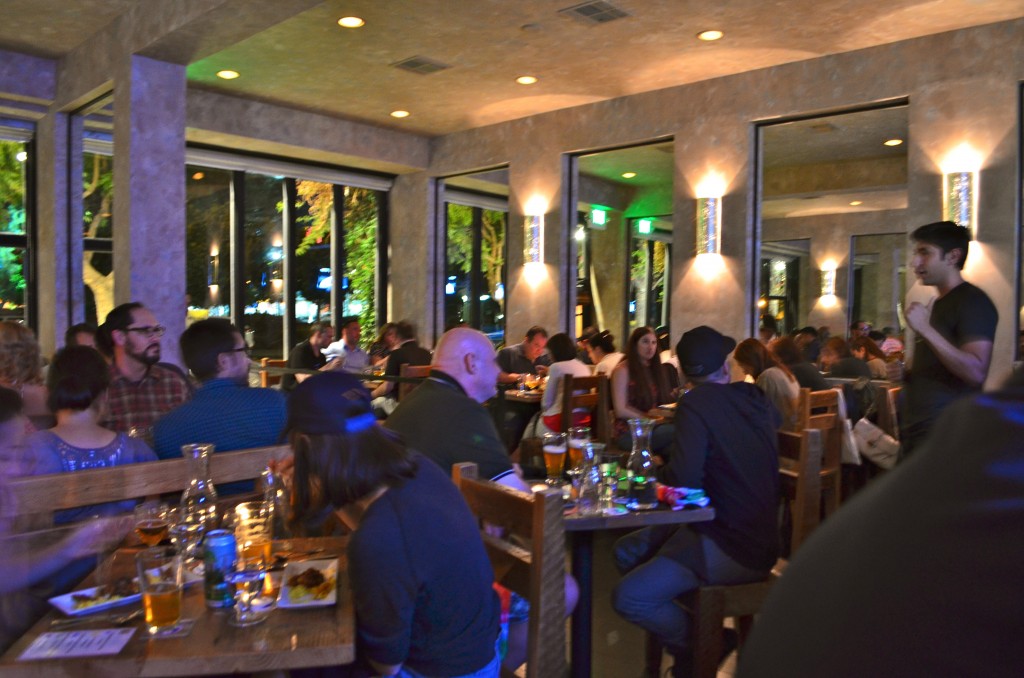 Rob from Golden Road explained the background of the beers, Chef Jay introduced the dishes and I explained the purpose of why we’d paired which beer with which dish. Education was studded throughout giveaways by the two owners, Joseph and Martin, and the crowds were rowdy and happy.

I have to say, this was the most successful pairing dinner I’ve had to date! I can’t wait for the next one! 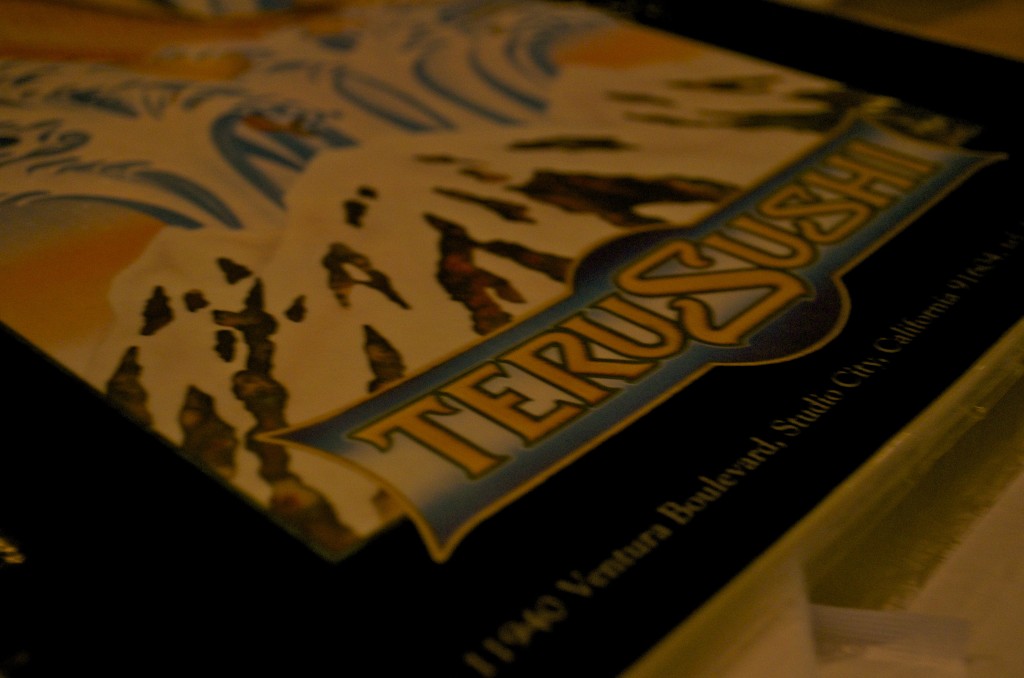 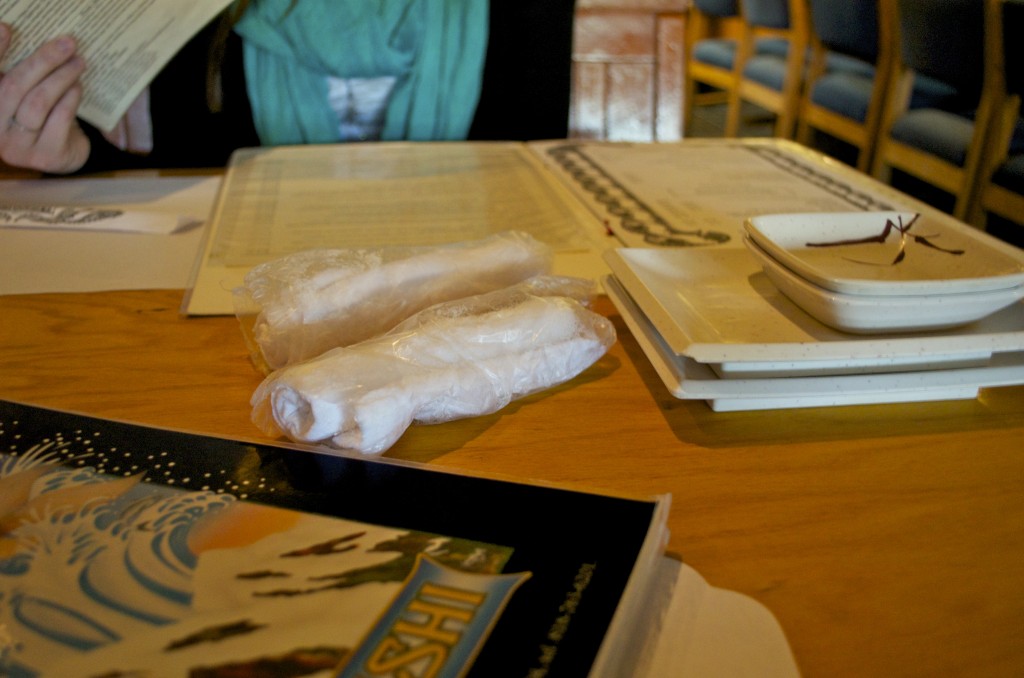 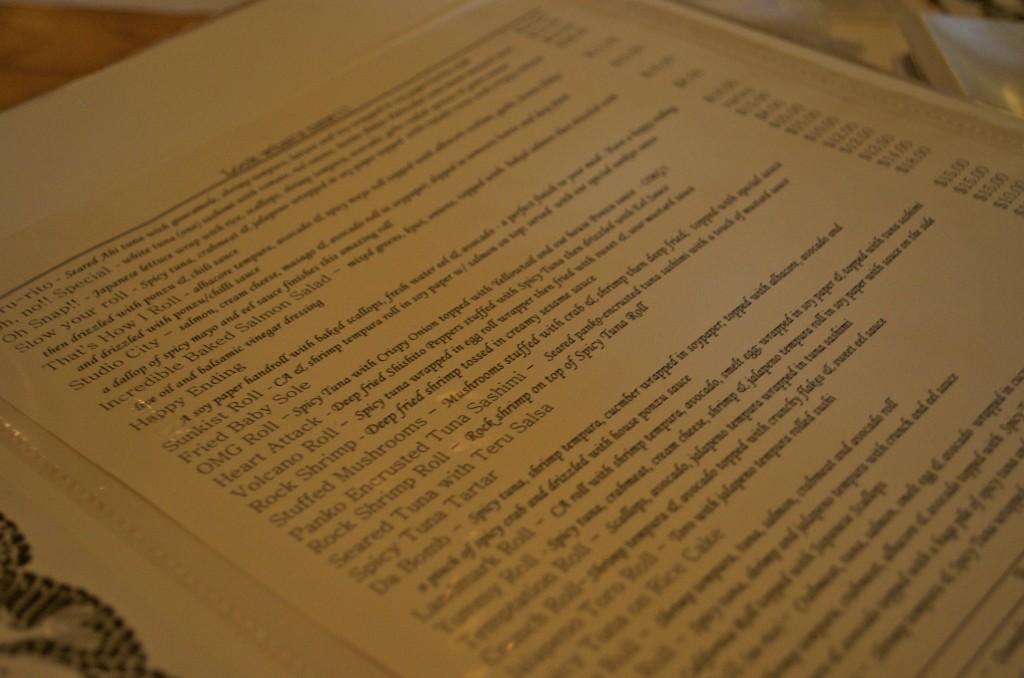 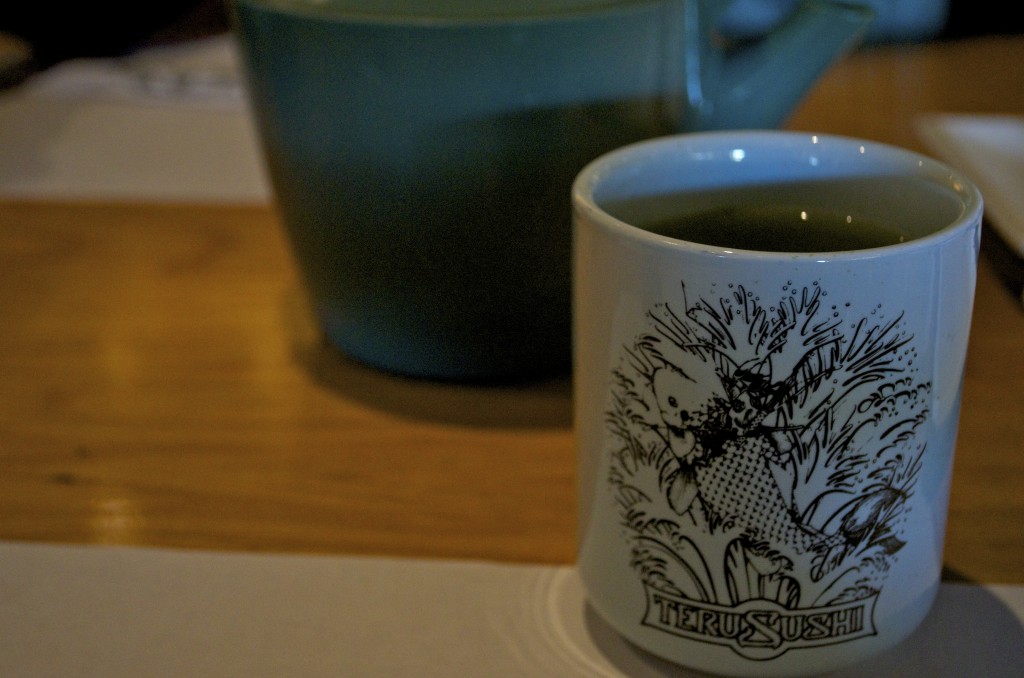 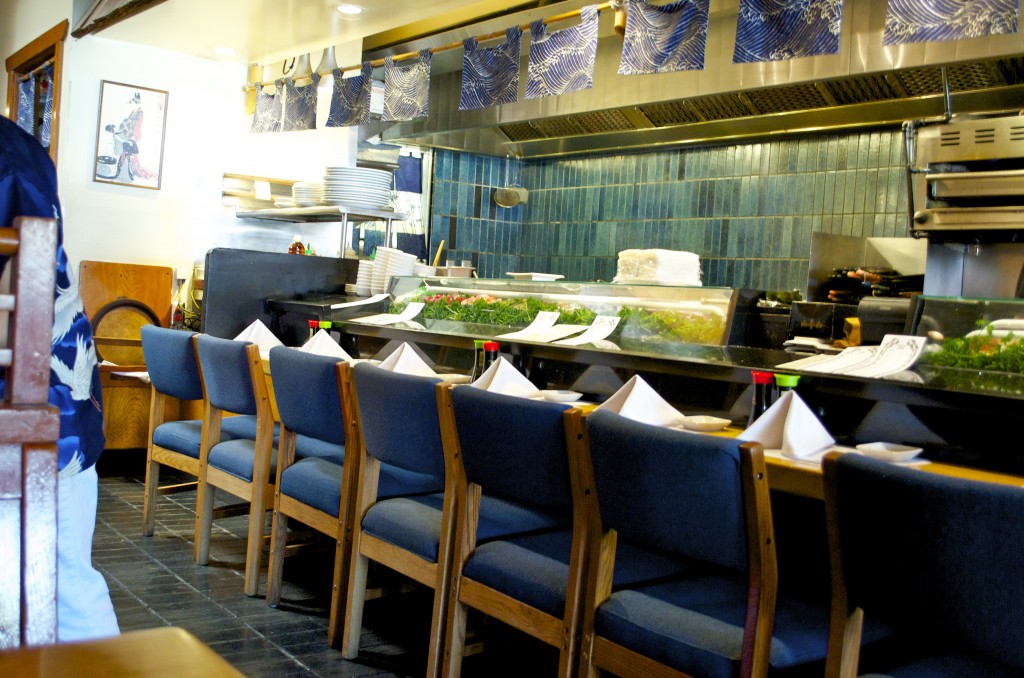 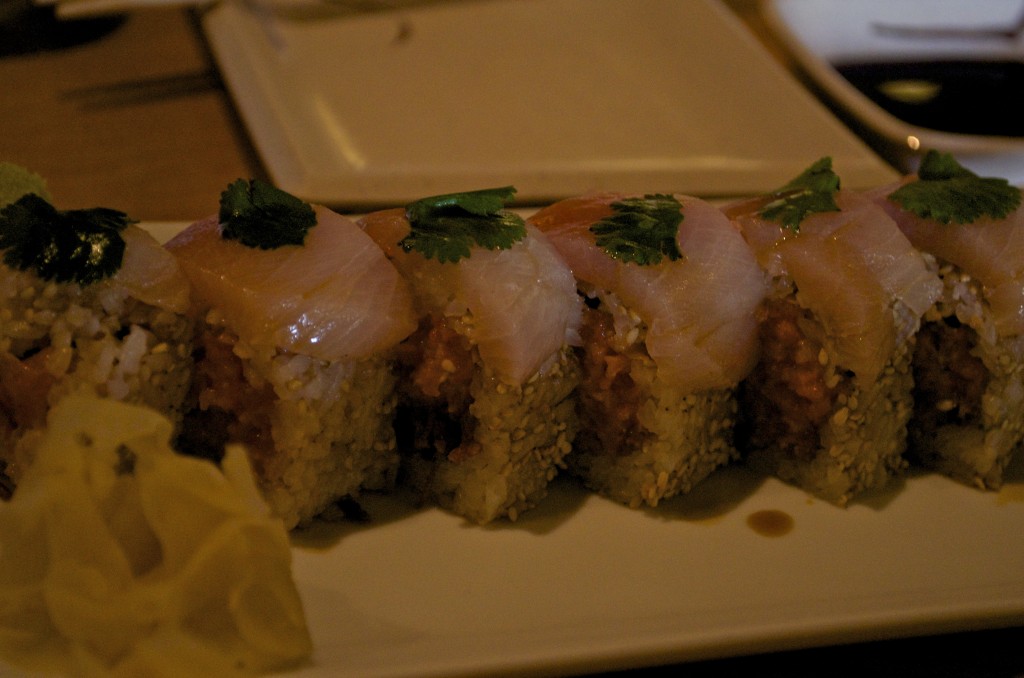 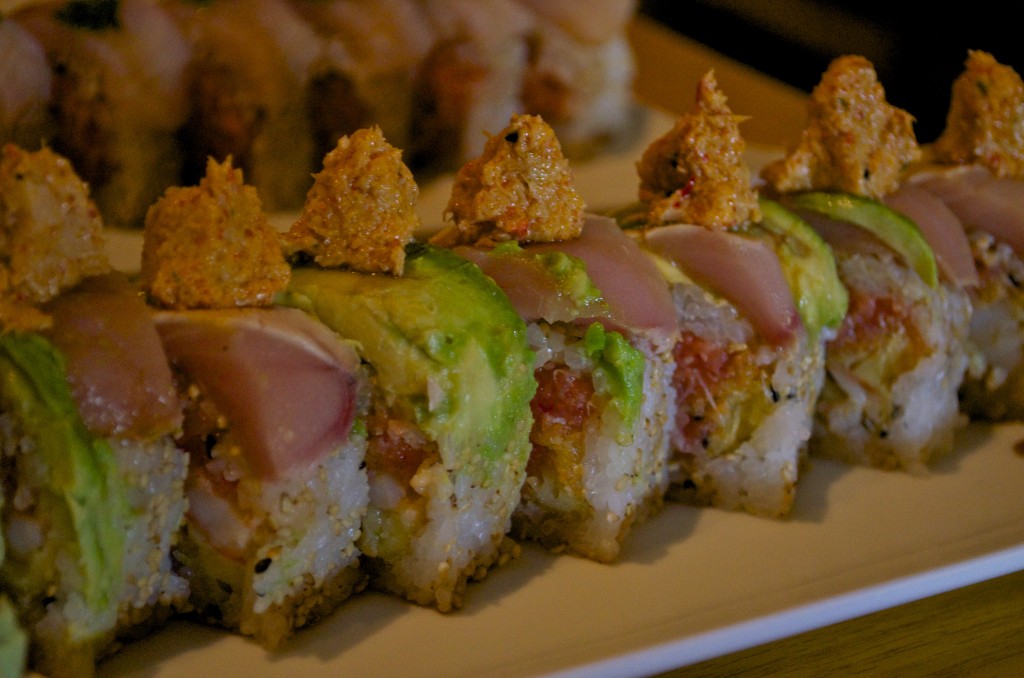 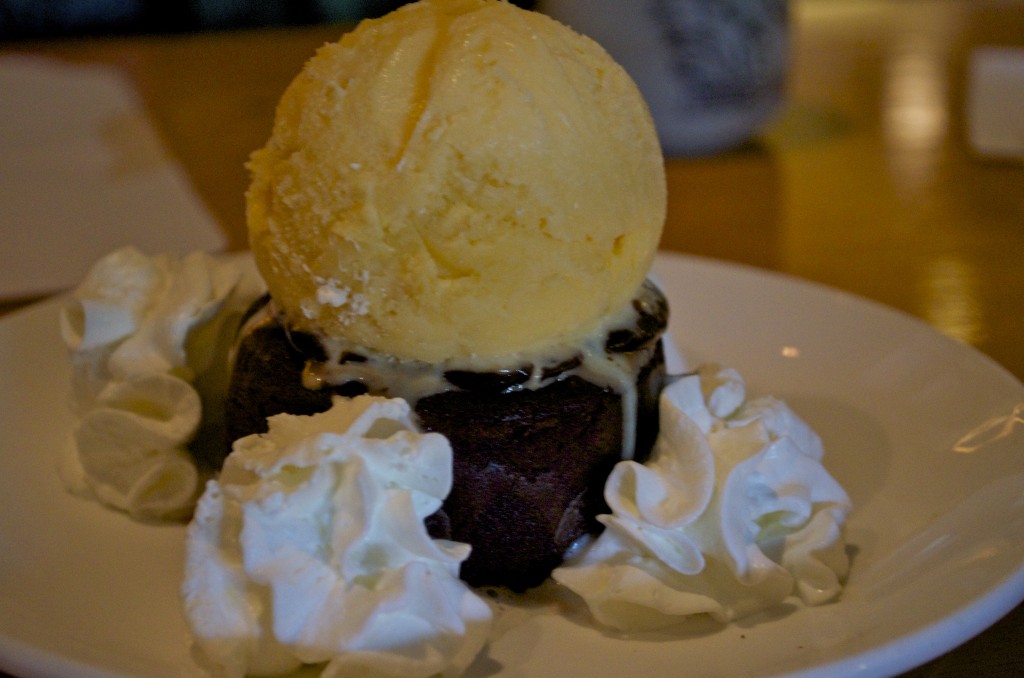 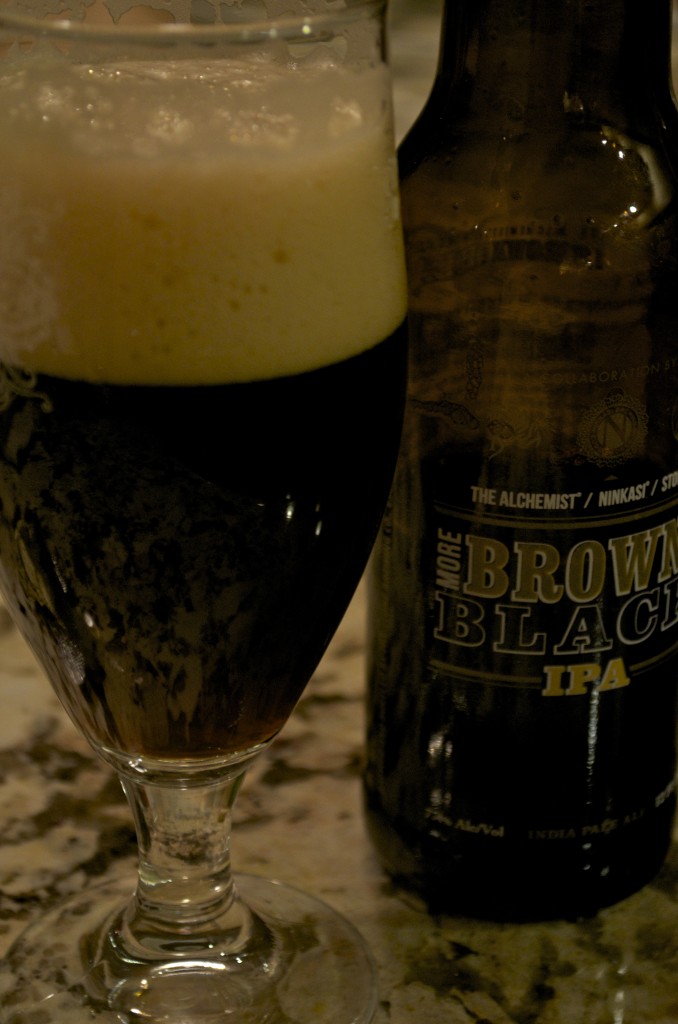