Happy birthday to my pops!!! We had a jam-packed schedule today, and I was lucky enough to be able to sleep in, then woke up to this: 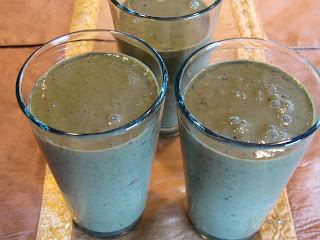 My mom made the monsters! No idea exactly what’s in these, but I know they were green and delicious! Thanks, mom!
My dad had a little work to do before we headed out, but my mom and I were able to pry him away to give him his presents. 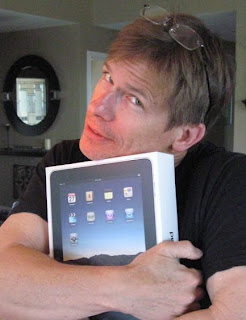 I think he’s pretty happy with his new iPad! My mom got him that – I bought him shirts, ’cause I’m poor.
With my crazy metabolism, I got hungry around 10am and heated up a little whole wheat pasta. I also had a honey stick to keep up the blood sugar. I’m obsessed with honey sticks! 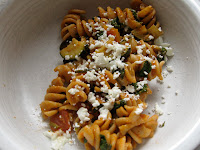 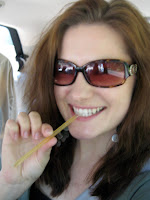 We left the house around 11:30am and made our way up to Santa Barbara. There was some consideration about stopping at The Taj in Ventura, but instead we passed right on by and went to The Taj in Santa Barbara. A very dramatic difference, I know. 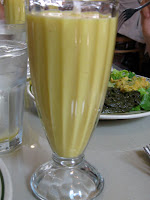 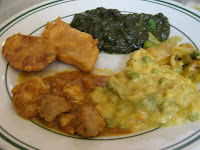 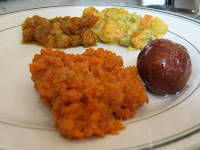 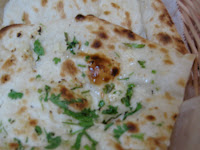 A second serving of chana masala and veggie korma, buttery-carrots-dessert (I really should learn the name for that), sugary doughnut and shiny garlic naan.
This gigantic meal left us all in a lot of wonderful pain, so we wandered State Street on foot for awhile and checked out some of the local stores. Lush is a new discovery that’s always fun for the girls out there! My dad wasn’t a fan, but was sweet enough to let us stop in for a few minutes.
For his birthday, my dad decided he wanted to go kayaking! He’s been searching for one to purchase to help with his ocean-fishing habit and wanted to give a different style a try. We went to the harbor in Santa Barbara and stopped by Paddle Sports for a trial. 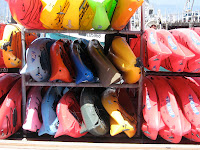 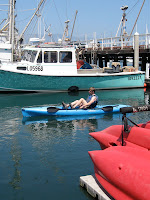 Kathy helped us out – such a helpful, sweet woman.
So many colors! And he’s off! 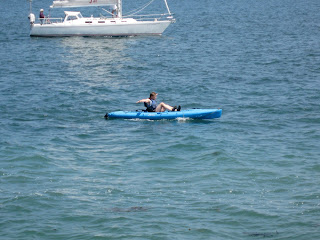 This was a Hobie Mirage Revolution that has a pedal-system. It slices through the water at crazy speeds, and if you decide to be a purist, you can pluck the paddle from the side and get your upper body workout as well. Have you ever tried a pedal-kayak? Do you have a preference?
My mom and I watched him cruising in the open ocean for about half an hour, then retired to Brophy Bros. to split a beer and enjoy the harbor views. 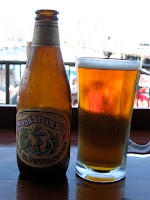 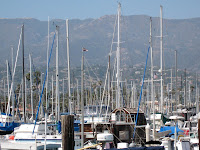 We split an Anchor Steam. I wasn’t a big fan of this one – it was pretty bitter, but it sure tasted good enough for a warm, breezy day spent on the ocean!
My dad test drove another kayak for an hour, then returned to shore tired and ready to refuel. This called for Dargan’s! 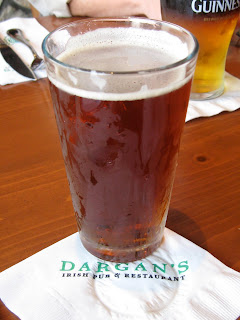 I’ve been trying new beers lately. This one is a simple Firestone Double Barrel Ale, which I’d never had before. It was all right. Nothing to write home about, or try again. 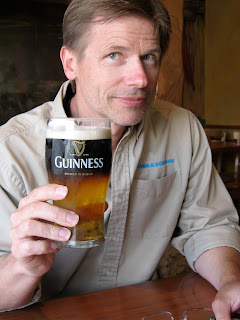 My pops had his favorite – A Black Velvet: Half Strongbow cider, half Guinness.
We also split massive quantities of food. My dad had the big workout, but his appetite afterwards was contagious. 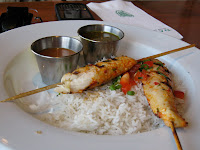 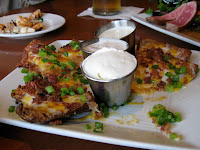 We had spicy chicken skewers with curry sauce and peanut sauce and Irish potato skins. 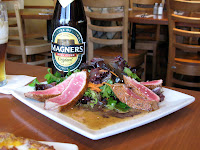 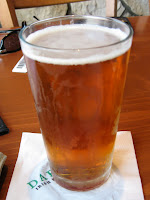 Next came seared ahi tuna with a sesame dressing and spring greens. I had a Sierra Nevada Pale Ale. YUM to the ahi tuna, MEH to the beer.
The highlight of the meal came last: Irish Chocolate Chip Bread Pudding with Irish Cream! 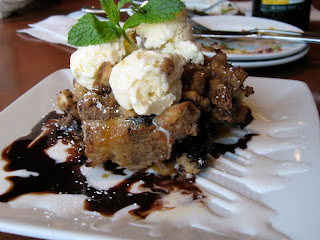 A La Mode! This was the most amazing dessert I’ve ever had, and I’ve had a LOT of desserts in my lifetime, so this is saying something!
The bread was soft and chewy with swirls of cinnamon and dense chocolate chips strewn throughout. Irish cream was drizzled over the top and blended with the chocolate sauce. The ice cream slowly melted and was absorbed by the sticky-sweet bread. I freaked out. I may have cried tears of joy.
We walked around Ventura for a little, visited the used book store again, then headed back home. Firefly, one of the most amazing/cancelled shows ever is now playing on DVD as my dad plays with his new iPad and a cool breeze whispers through the open windows. I love being home with my family :).
Tomorrow we’ll start with a breakfast/brunch at Coogie’s Beach Cafe in Malibu, and a lovely drive along the coast. I am so blessed to have such an amazing family and to be able to spend so much time with them! I hope you all have equally incredible Friday nights.
Give your parents a hug – physical or emotional. It’s all good.