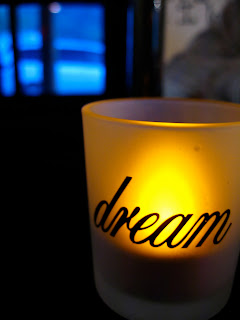 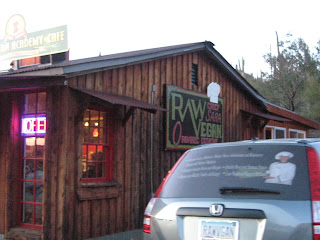 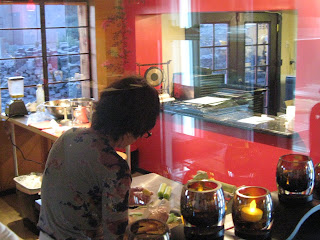 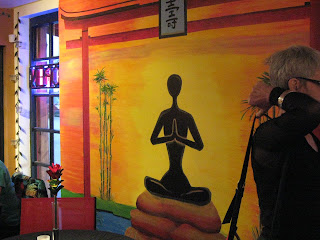 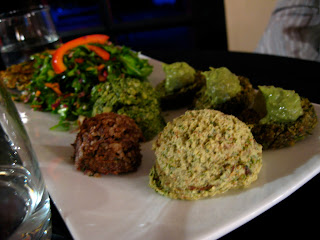 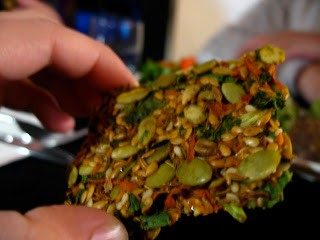 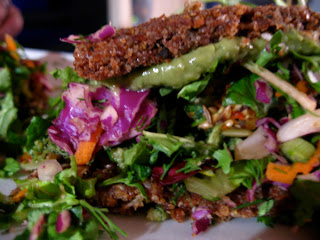 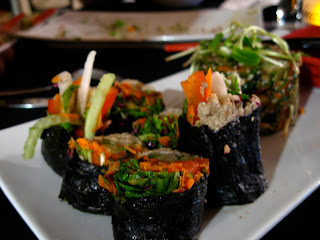 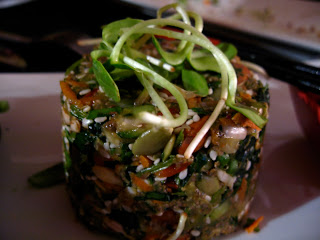 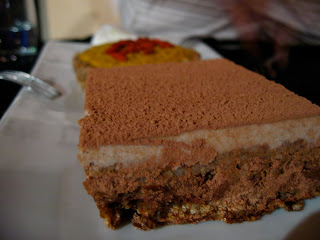 On our final day in Palm Springs, we got up ridiculously early in order to try a local restaurant recommended to us by one of Ora’s clients. 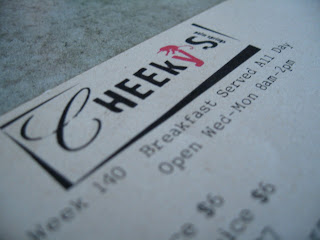 Cheeky’s is a local brunch dig that always has a huge line surrounding the building. We attempted to have breakfast there on Sunday, but didn’t have time to wait for an hour to be seated.
On Monday morning we got up bright and early, and were the second group of people waiting outside in the brisk morning. 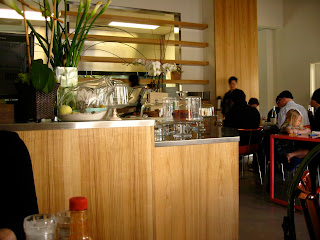 Inside the restaurant it was warm, spacious and yet cozy at the same time. We were tucked away into a warm corner where I had the perfect vantage point to see what everyone else ordered before making my decision. 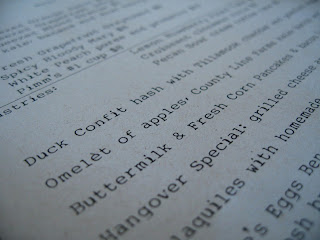 And holy crap, was it tough making a choice! Duck Confit hash with Tillamook cheddar or an apple omelet with kale?? 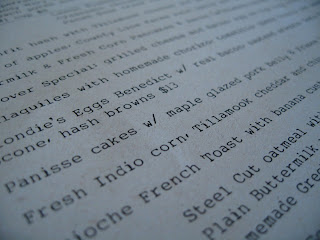 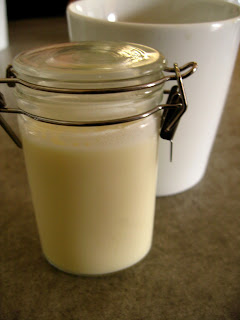 While I pondered, our waitress brought out heavenly pots of caffeine, accompanied by this cute glass container filled with steamed soymilk. 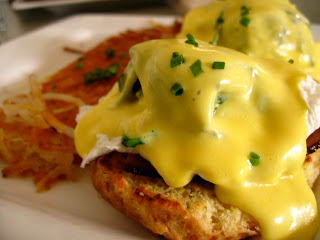 After a lot of deliberation and two cups of coffee, I finally decided on Blondie’s Eggs Benedict with real bacon and sauteed arugula on their delicious cheddar scones.
I could have died happy right then and there.
The cheddar scones were delicate and bursting with cheddar-y flavor. The thick slices of bacon melted into salty, smoked ecstasy as soon as they touched my tongue. The bright green arugula added an earthy depth as it tenderly crunched between my teeth. The hollandaise sauce tasted rich, buttery and had a hint of lemon, and almost brought me to tears.
It was that good.